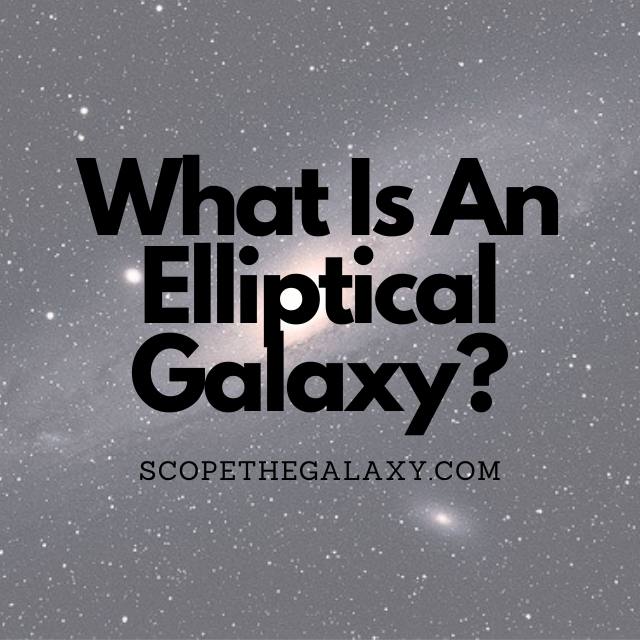 Galaxies come in all shapes and sizes, and ellipticals are some of the largest, with huge spherical gatherings of up to a trillion stars. They possess an ellipsoidal and smooth shape, and most comprise older, low-mass stars. They have very little gas or dust within their systems, which often prevents them from forming new stars.

Continue reading to find out who discovered the first elliptical galaxies and what defines this type of entity. Learn what factors create this type of galaxy and whether or not they can transform into

In 1936, the American astronomer Edwin Hubble classified galaxies into three broad types – ellipticals, spirals, and lenticulars, which he based on their physical appearance. His system became popular among astronomers and remains the most widely used to date.

Hubble may have been the first scientist to effectively classify the varied types of galaxies, but he was not the first astronomer to observe an elliptical galaxy.

The Hubble image of this system utilized infrared wavelengths for its observations. At the center of the galaxy is a supermassive black hole that is around 565 million times the mass of our galaxy’s Sun.

In 1793, the German-British astronomer William Herschel observed the elliptical galaxy NGC 3610. In later years, the Hubble telescope captured images of this galaxy that displayed a remarkably bright disc in its center – a unique trait for an elliptical galaxy.

How Are Elliptical Galaxies Formed? 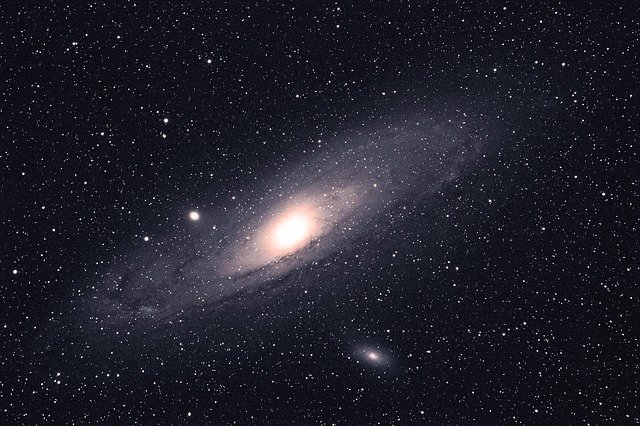 Thanks to this make-up of less gas and older stars, scientists believe that elliptical galaxies may be the last stage of a galaxy’s evolutionary cycle. When the Milky Way crashed into the Andromeda galaxy a few billion years ago, both lost their spiral structure and shifted to a less-familiar-shaped elliptical galaxy.

And there are many theories to support the idea that elliptical galaxies are born from the collision of other galaxies, such as the fact that they are rare in observations of the universe. This suggests that they could likely have formed from an interaction that happened later in the galaxy’s life.

A supermassive black hole is at the center of these ancient galaxies, consuming dust and gas from its surroundings. This may be one factor that stunts the growth of an elliptical galaxy; plus, it may hinder new star formation, as described in research papers from Stanford University.

What Are The Components Of An Elliptical Galaxy?

An elliptical galaxy possesses a rounded shape, similar to a stretched circle.

There are more elliptical galaxies than any other type of galaxy in the universe. Still, thanks to their aging stars and dim aesthetics, younger collections of bright stars can often outshine them.

Hubble’s 1926 classification system – or the Hubble Tuning Fork – classifies galaxies by how stretched out they are. An E0 galaxy is one that appears to be almost perfectly spherical, while an E7 galaxy possesses a significant stretch.

The appearance, of course, depends on the angle at which we view the galaxy. Say we view a long, elliptical galaxy from its end; it would appear to us as spherical. So these classifications describe how we view a particular galaxy from Earth.

Elliptical galaxies also have a much broader range of sizes than other galaxy types.

At one end of the spectrum lie dwarf galaxies which can be as little as 10% the size of the Milky Way, while at the other end are galaxies more than a million light-years in width with over ten trillion stars within their mass.

An elliptical galaxy contains far less dust and gas than other types of galaxies, meaning they shine far less brightly than their counterparts, such as the spiral galaxy.

The stars within an elliptical galaxy tend to be older and dimmer stellar bodies that glow with a red rather than white or blue luminescence.

Can An Elliptical Galaxy Evolve Into A Spiral Galaxy?

When Hubble drew up his tuning fork theory, he believed it might be possible for galaxies to start at the left side of the fork and eventually evolve into the formations at the right. But, scientists now believe that this theory is not possible.

We can prove this because a spiral galaxy rotates at significant speeds on an astronomical scale, but elliptical galaxies don behave like this. And there is no way for an elliptical galaxy to start spinning at that kind of speed suddenly.

An elliptical galaxy is an older galaxy filled with smaller, cooler, aging stars. The lack of gas, dust and star formation may be caused by supermassive black holes at the center of these formations.

Though their dim light can make them hard to spot, elliptical galaxies are actually the most common type of galaxy in our universe and are very likely the end of a galaxy’s life cycle.

What are elliptical galaxies? Find out on EarthSky | Space | EarthSky