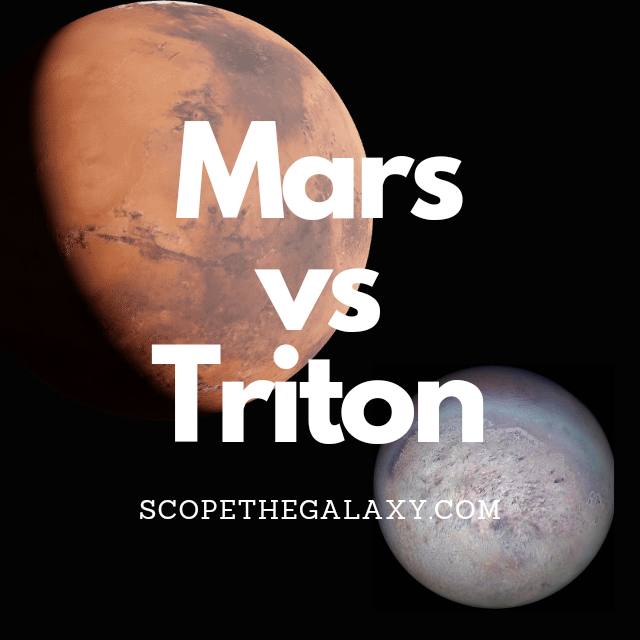 There are various other differences between the two so continue reading for a more detailed breakdown on Mars and Triton along with their similarities and differences below.

Similarities Between Mars And Triton

Triton and Mars do have their odd few similarities, which in this case includes the below:

Differences Between Mars And Triton

Although Mars and Triton are part of the same solar system and have a similar terrestrial composition, the two are still very easily distinguishable.

Whether it be in regards to mass, size, magnetic fields, atmospheric composition, temperatures and more, the two are still very different despite the common features they share.