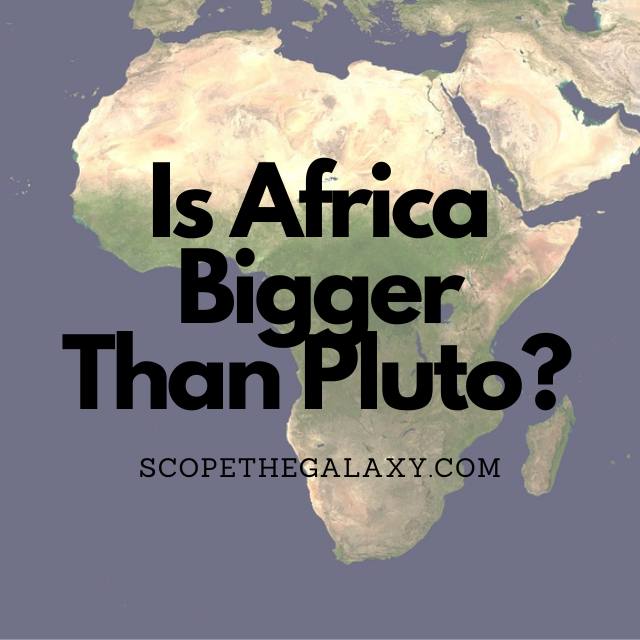 Continue reading if you want a more detailed look at what makes both Pluto and Africa as big as they are.

The thickness of Earth’s crust ranges from 5 to 70km and is generally thicker under continental land where it averages 40km. Taking this figure and multiplying it by Africa’s surface area, we can calculate the rough volume of the continent at 1.21 billion cubic kilometers. This might sound like a sizable volume, but it’s no match for the 6.4 billion cubic kilometers of Pluto’s volume.

Africa is the second largest continent on Earth so it makes sense that many would think that it could be bigger than Pluto, which it is s when only the surface area is taken into account.

However, when you consider the pure volume of each entity, Pluto is almost 6 times that of the African continent as it is a spherical object whereas Africa is simply a very large but flat land mass.