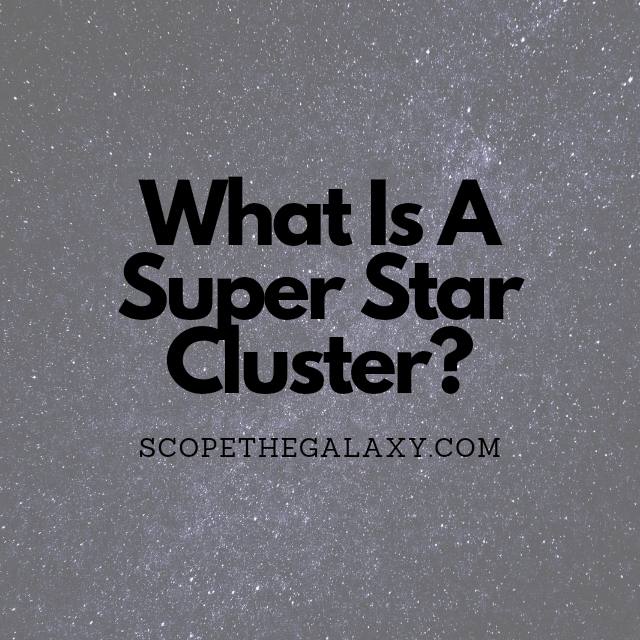 A super star cluster is a gathering of millions of stars that are gravitationally bound together. First discovered in the early 1960s, these stellar masses provide a fascinating insight to astronomers, allowing them to witness a “snapshot” in the life cycle of a star.

Continue reading to discover how star clusters form, who discovered the first super star cluster, and what differentiates them from a galaxy.

How Do Super Star Clusters Form?

A star cluster is a group that contains hundreds of millions of stars. These provide significant insight into stellar evolution and allow astronomers to compare the ages of compositions of a range of stars.

A super star cluster is an open cluster of stars that is young and very massive. The term “super” refers to the fact that they are more luminous and possess greater mass when compared to other star clusters.

In general, a super star cluster forms during the interactions between galaxies and the surrounding regions of star formation. When the pressure of these regions is high enough, they can possess the qualities to satisfy classification as a super star cluster.

A star cluster forms from large regions of gas and dust known as molecular clouds; at their most dense point, these “clouds” collapse in on themselves to form stars. Sometimes these stars disperse, and other times they stay bound together.

When a group of stars is gravitationally bound, they form a star cluster. These clusters are easily confused with galaxies, which are also a group of gravitationally bound stars. Still, there is one key difference – galaxies often contain dark matter, which holds them together, whereas star clusters possess enough gravity to do this by themselves.

The other key difference is that the stars in a cluster are much the same age as one another, having formed simultaneously. In contrast, the stars in a galaxy can vary significantly in age and composition.

When Were Super Star Clusters Discovered?

In 1961, Bengt Westerlund, a Swedish astronomer, discovered “a heavily reddened cluster in Ara” that we now know as Westerlund 1 (Wd 1). This cluster is widely believed to be the largest in our galaxy, with an age of around 10 million years.

Wd 1 resides in the constellation Ara, and Westerlund himself later moved to Chile to become ESO director from 1970 to 1974.

At the time of Westerlund’s discovery, it was impossible to determine the spectral type of the component stars. Further surveying by Borgman, Kornneef, and Slingerland – in 1969 – allowed for more accurate star measurement.

While Wd 1 provides the perfect environment to examine massive stars, it is somewhat obscured by a region of dust that decreases its visibility.

The most giant star in Wd 1 is Westerlund 1-26, a red giant star so large that if we placed it at the center of our solar system, it would stretch out past Jupiter. This cluster also contains three additional red supergiants, six yellow hypergiants, 24 Wolf-Rayet stars, and a plethora of other stellar bodies that astronomers continue to observe.

Though classified as a super star cluster, this gathering could evolve over the next billion years to become a low mass globular cluster.

Are Super Star Clusters Bigger Than A Galaxy? 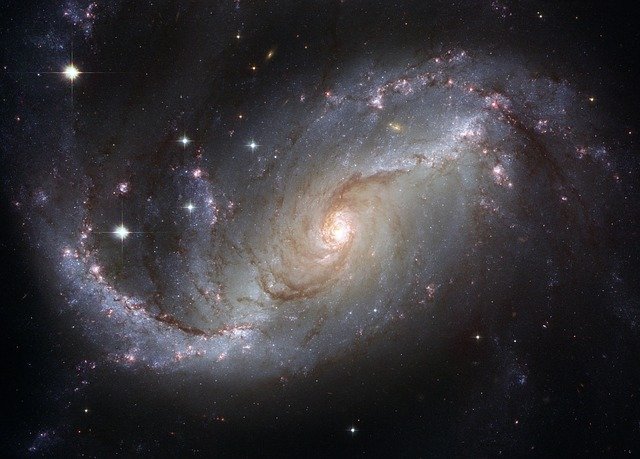 Galaxies are bigger than star clusters; many star clusters inhabit galaxies, which they are gravitationally bound to,

Super star clusters usually form within galaxies themselves when intense periods of star formation lead to the development of new massive clusters. Some 12,000 million years ago, our own galaxy – the Milky Way – would have experienced these types of events during its “childhood.”

While there is still debate about what constitutes a galaxy and what constitutes a star cluster, there are some key characteristics that the majority of scientists agree on. One of these is: that the stars within a cluster all form at a similar time, whereas the stellar matter in a galaxy forms at different phases of its life.

There may not be a universal agreement, but generally, it’s easiest to think of star clusters as the “cities” that inhabit the galaxies, which would be represented as “countries” in this metaphor.

Star clusters contain hundreds and thousands of stellar masses clustered into unbelievably small volumes. For example, the Westerlund 1 cluster possesses a mass more than 100,000 times that of our Sun, yet its volume spans less than six light-years.

(The close concentration of these massive stellar bodies means they could one day collide, leading to intermediate-mass black holes. This may have already taken place at the center of Wd 1; our technology is not currently sufficient to observe this cluster in great enough detail to know.)

If we compare the clusters and galaxies side-by-side, we see that the average globular cluster has a mass of about 100,000 Suns, but a galaxy like the Milky Way has a mass of almost one trillion Suns.

Super star clusters are defined by the gravitational force that holds them together, providing a significant amount of mass in a small volume. While other clusters of dust clouds can disrupt open clusters, it seems unlikely that they would “expand” in any meaningful way.

If the super star clusters pull apart and intertwine with other stellar bodies, they risk losing their status as a super stellar cluster. Remember, we define the latter because it has a high concentration of stars with the same age and composition.

Once this balance is disrupted, the clusters will evolve into stellar associations, or “moving groups” – so-called because although they no longer possess a gravitational bound, they still move in the same direction.

Super star clusters reside in the distant reaches of galaxies, making them difficult for us to observe accurately; that being said, these interstellar collections are one of the most fascinating objects in the night sky that provide us valuable insight into the life of a star.