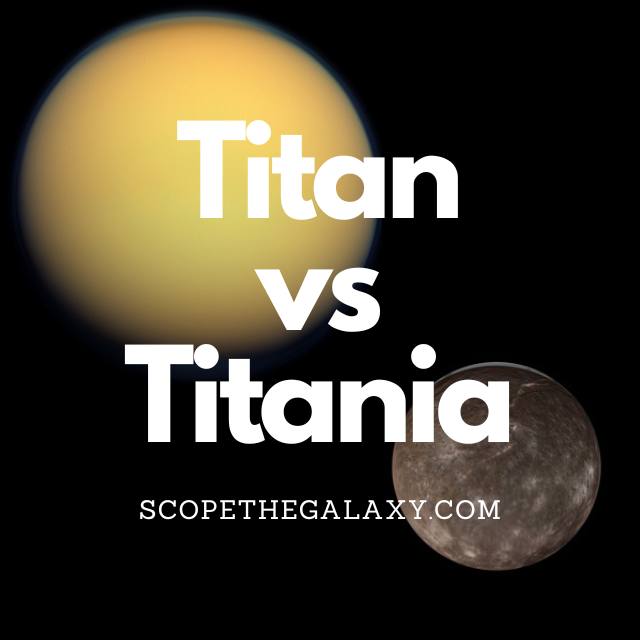 The main differences between Titan and Titania are that Titan is the 2nd biggest moon with a diameter of 5,150km compared to Titania which is the 7th largest with a diameter of 1,576.8km, Titan orbits Saturn while Titania orbits Uranus and Titan has an atmosphere 1.19 times thicker than Earth’s whereas Titania’s atmosphere is extremely thin.

There are numerous other differences between these two so, continue reading if you want a more thorough breakdown of Titan and Titania along with their similarities and differences below.

Similarities Between Titan And Titania

In regards to the similarties between Titan and Titania, they are as such:

Differences Between Titan And Titania

Titan and Titania may both be amongst the 10 largest moons, are one of many natural satellites that orbit their respective gas giant planets and are also tidally locked to their planets but, they differ in numerous ways too.

Whether it be in regards to mass, size, their water cycles, gravitational strength, how dense each body is and more. Therefore, despite the fact both are spherical and rock based celestial bodies, they have many distinct features that easily distinguish the two from one another.