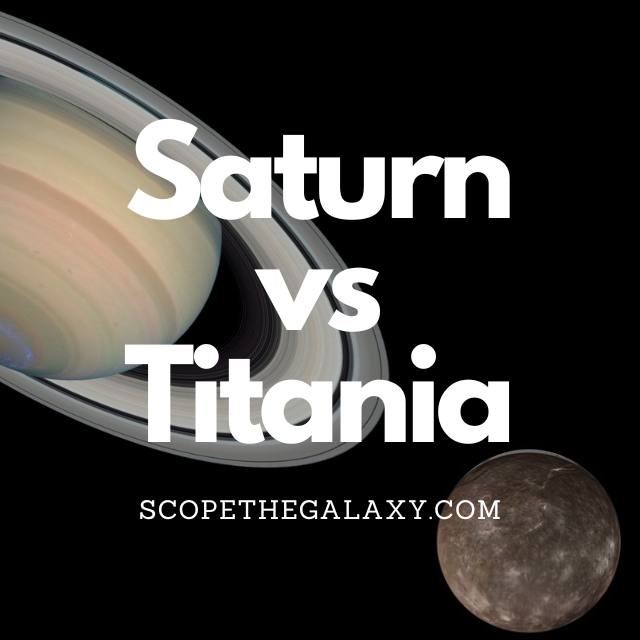 The main differences between Saturn and Titania is That Titania is a terrestrial based moon composed of rock and ice whilst Saturn is a gas based planet, Titania is far more dense with a density of 4.23 g/cm³ compared to Saturn’s 0.687 g/cm³, Saturn has 81 moons surronding it whilst Titania has 0 and Saturn has 7 distinctive rings surrounding it whereas Titania has 0.

There are various different features between the two so, continue reading for a more detailed look at each celestial body along with their similarities and differences below.

Similarities Between Saturn And Titania

There are a few similarities that Saturn and Titania share, which in this case includes the following:

Differences Between Saturn And Titania

As for the differences between the two, it includes the below:

Saturn and Titania share very few similarities such as being a part of the same solar system and having a relatively spherical body but, they are definitely more different than they are similar.

Whether it be in regards to mass, size, physical composition, orbital period, density and more they are very different, which is why Saturn functions so distinctly from Titania and vice versa.