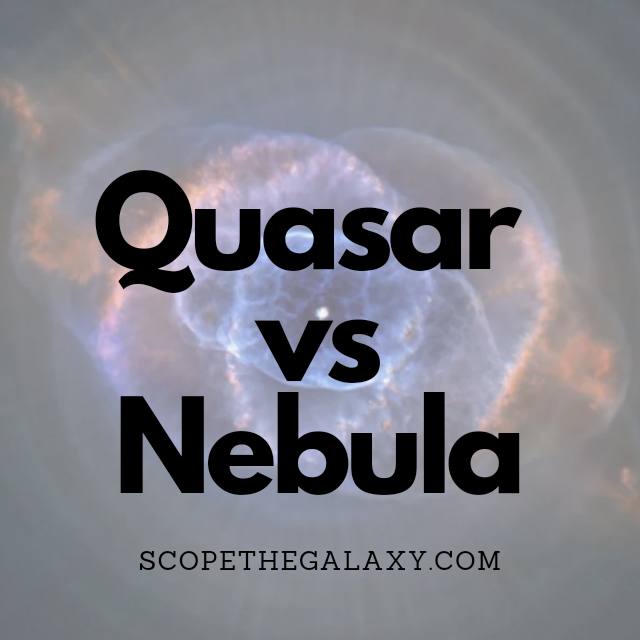 The main difference between the two is that a nebula is a large cluster of dust clouds and gases formed after a star dies whereas Quasars are found around the accretion disc of a supermassive black hole, are amongst the brightest and amongst hottest celestial objects in the known universe.

Nebulae and quasars differ in a variety of other ways also so, continue reading for more a detailed look on these celestial bodies and the other differences between them.

Just like the components of their dead star counterparts these dust clouds will be made out of the elements hydrogen, helium and a number of other ionized elements spread across their local region of space.

How Are Quasars And Nebulae Similar?

Both entities are made up of similar matter where hydrogen is a primary component of their matter along with helium among other forms of dust and ionized elements.

Besides this major similarity the two are significantly different from one another.

Differences Between A Quasar And Nebula

As for the differences between quasars and nebulae, they include the following:

Quasars are the brightest celestial objects in our universe that surround supermassive black holes whereas nebula are both the beginning and the end of the life cycle of a star.

Although both are composed of similar elements, they differ significantly in the amount of power they produce, their luminosity and even their size.