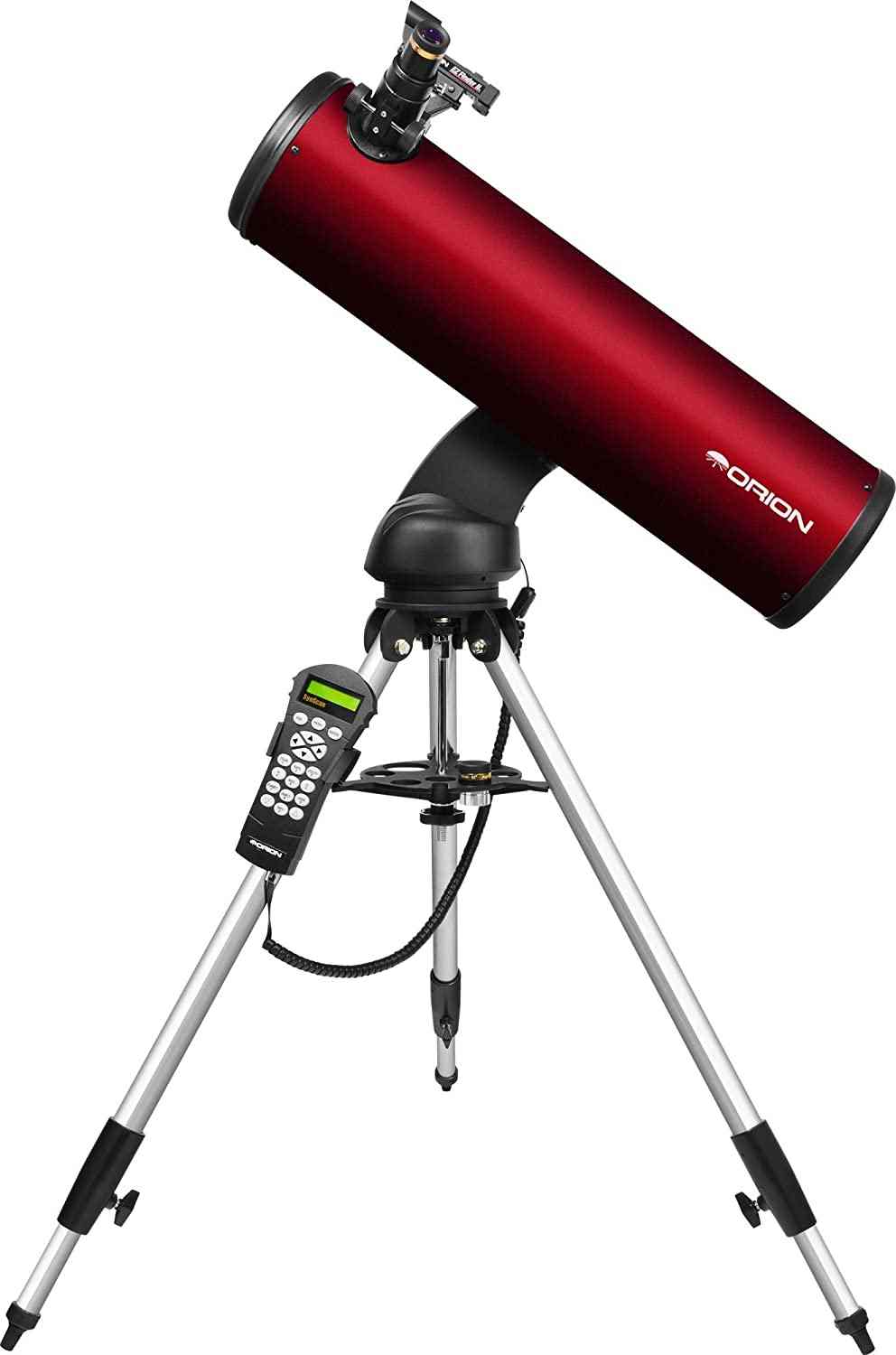 In this Orion StarSeeker IV 150mm review we’ll go over the pros, cons and other important features that the system has so that you can make an informed decision on whether this beginner/intermediate level telescope is for you or one that you should skip out on.

How Do The Orion StarSeeker IV 150mm’s Optics Work?

The Newtonian optics within the tube are of a parabolic design meaning that the primary mirror will be flatter at the edges. This in turn would allow any reflected light within the tube to be converged at a single point. As a result the images you’ll see will be far clearer than for example a spherical primary mirror based reflector which tend to be used in far cheaper reflector telescopes.

The cons on the other hand are as such :

Another important thing worth noting that’s also a con, specifically to the starseeker, is the fact a spider vane made of ABS plastic is used to hold the secondary mirror in place.

This isn’t the biggest of issues but because the rods on the spider are quite big it will cause more diffraction which in turn will reduce your experience viewing objects.

What Do The Orion StarSeeker IV 150mm’s Specifications Mean? 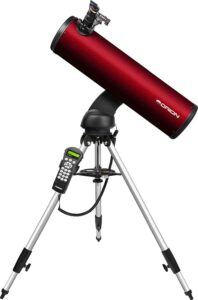 The StarSeeker IV comes with a 150mm aperture, a focal length of 750mm resulting in a focal ratio of f/5. What this means is that theoretically the StarSeeker should be able to achieve a max magnification of 300x and be solid device for wide field use.

However, due to this faster and wider focal ratio, coma will be very visible which ultimately will reduce the true maximum magnification of the device by around 10 – 20% that’s ultimately going to result unclear and unstable images at the devices max level.

Nevertheless, even with this loss in power, the StarSeeker IV still allow users to see the following celestial entities :

Due to the StarSeeker being a 150mm device, it shouldn’t be all too surprising that it’s far from the most portable of devices you’d be able to get for the money but, this I doubt this will be too big an issue when it comes to moving the device around for most.

It’s weight comes in at 10kg (22.3lbs) whilst it’s tube length and tripod+mount height comes in at 61.5cm and roughly 1.2m. Because of this you may need to sit down to view certain deep space objects and planets but, it’s not a terrible compromise to make, in my opinion at least. 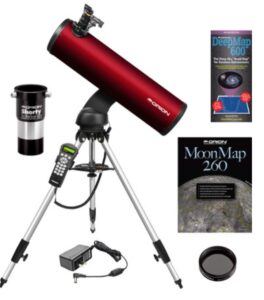 The device comes with 2 1.25″ aspheric eyepieces at 23mm and 10mm, a 1.25″ focuser, a red dot finderscope, a 2x barlow lens, a GoTo computerised mount and bunch of other documentation.

The eyepieces provided in the box are actually great for in box accessories and will allow you to magnify at 32x for the wider 23mm and 75x for the 10mm with the 2x barlow lens essentially doubling these values.

Of course eventually you’d want get lower focal length eyepieces (check out this list for some of our top recommendations) to get the max power out of the SkySeeker but, as an eyepiece set for someone just starting out, they will more than do the job.

The focuser isn’t made of the highest quality so upgrading that to Crayford focuser is worth looking into whilst the red dot finderscope is just your run of the mill inbox set up which would certainly benefit from an upgrade as focusing your images will be easier but, it isn’t absolutely necessary.

The GoTo Mount used by the StarSeeker IV is your typical cheap altiazimuth mount that requires 8 AA batteries (or a 12 volt power supply) to power and it has a database of roughly 43k objects.

Out of the 43k selection I’d say that at most a tenth of it will be viewable with the 150mm StarSeeker but, this is still a ton of objects and will most certainly ease the locating process as the mount itself is also automated.

A neat feature of the mount is that it’s also possible to move it manually as it uses dual optical encoders within its chassis. What this means is that if you decide to move the mount manually it won’t mess up your GoTo alignment.

On another note, if you’re looking to do astrophotography with this device, you’d be disappointed to know that it’s not necessarily great at it, although you should still be able to take a few decent snapshots of a closeup moon and some of the closer planets. Of course the quality won’t be great but, the images should be passable at the very least.

What Are Users Of The Orion StarSeeker IV 150mm Saying

Users have found the SkySeeker to be a solid telescope with a decent amount of power and ease of usability once set up. There are issues regarding the over complicated instructions and the alignment process but, if you also check Orion’s instructions on the setting up process, these minor niggles won’t be too much of a problem for most. 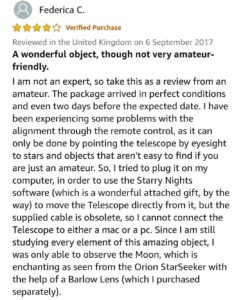 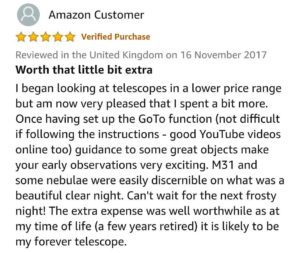 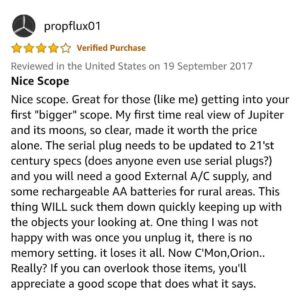 Although the GoTo mount is a valuable asset to have as a beginner, if you’re willing to drop it you’ll be able to get a device much more powerful for the same price. For example you can get one of my highly recommended devices, the SkyQuest XT10 for roughly the same price or even the SkyQuest XT8 for a little less.

On the other hand if you’re searching for a device that’s more astrophotography focused as the starseeker isn’t great at it, this list may also prove to be a useful one.

Overall the Orion StarSeeker IV 150 does comes across as quite the solid device. This is of course is not including its use of spider vanes to hold the secondary mirror potentially causing a few visual discrempanies.

The reality is that for the roughly $600 asking price, the StarSeeker isn’t the best in terms of value but, if a GoTo mount is absolutely necessary for your use, besides the minor visual discrepancies and the sub par astrophotography capabilities, it will be very good for a lot of you.