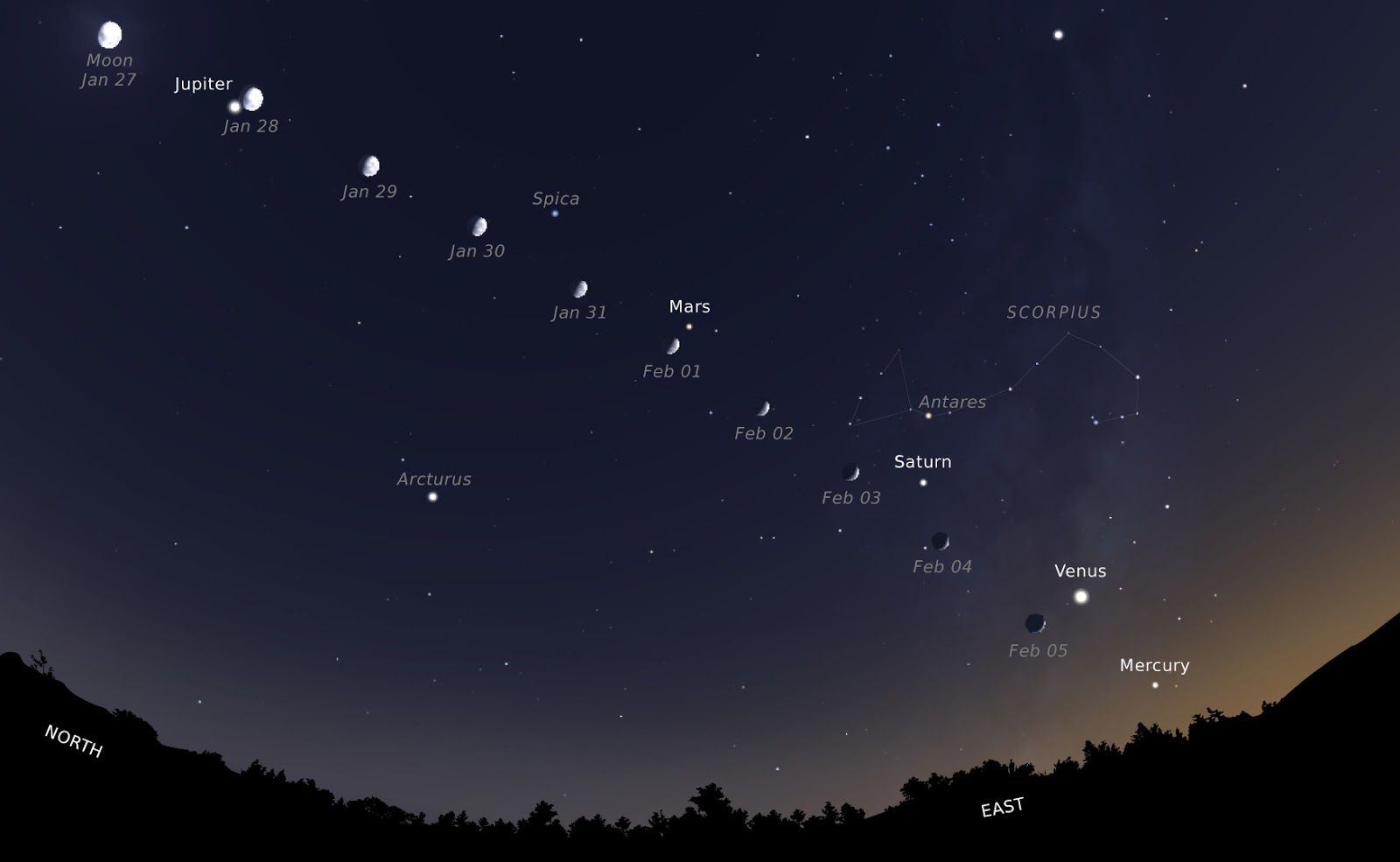 This is a question that many individuals are curious about, I was too, and after doing a bit of research on the topic, it kind of surprised me how many planets can be seen without a telescope. So allow me to answer that question for you below.

The majority of individuals can see 5 planets without using a telescope, of which include Mercury, Venus, Mars, Jupiter and Saturn, although those with exceptional eye sight may also be able to view Uranus without the need of a telescope too.

That’s pretty crazy right? I didn’t think it was possible to see 5 out of the 7 planets in our solar system just with the naked eye but as it stands, it is. Of course for the best views investing in a telescope or at the very least a pair of high powered binoculars will be necessary.

Now regarding when and how it’s be best to view each planet without a magnifying device, that’ll be dependant on a large number of factor whether it be the weather conditions, the time of the year, the time of the day and of course your location.

Continue reading as throughout the rest of this post I’ll be breaking down the basic steps you can take to try and locate each of the 5 planets using optimised software and observe with just your naked eyes.

What Software Will You Need To Locate The Planets?

Technically speaking if you understand the ecliptic pattern of each planet along with the time and months that each are most visible, it would be possible to view each planet without software however, the best course of action for most will be to use software for help.

The one that I most highly recommend is Stellarium which will make it fairly straightforward in helping you find the 5 visible planet simply by adjusting it to follow the ecliptic line and typing in the name of the planet you’re trying to locate.

Even with the Stellarium, it will take a bit of time to adjust to how everything looks and works but, it’ll definitely help out ton if really want to give viewing these 5 planets with your naked eye a go.

Viewing Mercury Without A Telescope 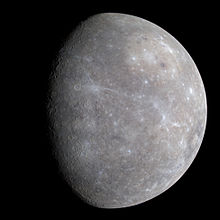 Mercury is probably the hardest out of the 5 to view, whether or be with a telescope or without mostly because its orbit very closely resembles our Earth’s, resulting in it pretty much blending in with the Sun but, provided you catch it at the right time you should be able to see it.

Mercury is typically most visible in the evenings of late January to mid February and the early mornings of November. In order to catch it in these periods, you’d need to do so within an hour of sunset or sunrise.

Of course the best times to view it are also when Mercury is at its brightest but, the planet is fairly easily visible from late January till late November if you want to check it out.

Viewing Venus Without A Telescope 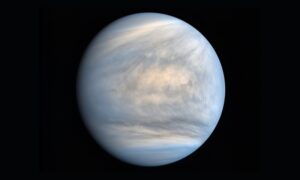 Venus is a little smaller than Earth therefore it’s a little difficult to locate in the night sky however, if you want to catch it, you’ll need to do so between the periods 20 minutes before sunrise and 20 minutes after sunset.

Moreover, because it also orbits really close to the Sun, the length of time you’ll be able to view it will be limited to, at most, 3 hours on a single day.

Keep in mind that this is within the best time to catch it which is around September – December.

In the summer months though, the planet will be very hard to see, only being visible for a very short period.  But, one thing you should note is that the visibility of the planet will also depend on the planets greatest angular distance from the east of the Sun which is a little complex go understand so, using software to help you locate it would be for the best.

As for the range of its apparent magnitude, it can become much brighter than Mercury achieving a a – 4.5 but at it’s dimmest it can also have an apparent magnitude of 6.5 so, this means in its best months, Venus should be clearly visible.

If you want a more in depth look on how to view Venus, specifically with a telescope, click here.

Viewing Mars Without A Telescope 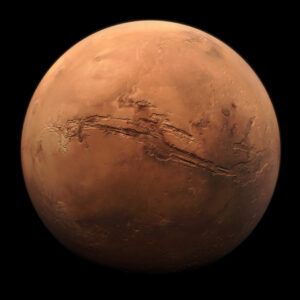 We all know about the planet Mars right, it’s an expedition that some of major players in the rocket science field are currently working on for a manned mission some time in the near future which in itself is insane when you think about it but, another cool thing about the red planet is that it is in fact possible to see it with the naked eye.

As for the apparent magnitude, Mars will achieve roughly -2.7 at its brightest whilst around 2 in its more normal months.

Viewing Jupiter Without A Telescope 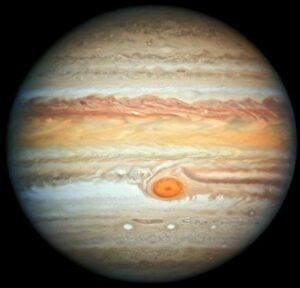 In terms of the largest and brightest planet visible with the naked eye, Jupiter comes out on top even though Mars and Venus are much closer to Earth. Then again considering the gas giants size, it does make sense

In terms of numbers, Mars’ maxmium angular diameter is 25.1 whilst Jupiter never appears smaller than 29.8 so Jupiter theoretically will be the easiest planet to spot.

As for when the best times are to view the planet, it’ll be in the summer months, especially mid June, although it is possible to observe it in the months prior to it.

Do keep in mind that viewing windows will be a lot less on than ideal in the other months but, if you just use Stellarium, pop in your location details, the planets names and it should be fairly easy to find out when Jupiter will be be viewable in your region.

Along with it’s size, Jupiter is a reasonably bright entity too coming in at around a -2.2 give or take 0.33.

On the other hand if you want a more in depth analysis on how to view Jupiter using a telescope, check out this post written on the subject by clicking here.

Viewing Saturn Without A Telescope 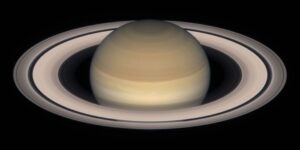 Saturn is technically the last planet most normal folk will be able to see in the night sky with naked eye. It’ll typically come across as a pale yellow star like figure in the sky.

The best time to view the gas giant is in the summer months, with July being the easiest month to spot it. Between December and March, which are it’s least visible months, you’ll only be able to make it out for a few hours and just barely.

Anyhow, at its brightest the ringed gas giant is exponentially less bright than all the other planets on this list without using a telescope. It is capable of achieving an apparent magnitude of 0.46 give or take a standard deviation of 0.34 so, it is still plenty bright, although not to the level of the other 4 planets.

If you want a more in depth look at how to locate Saturn with a telescope, click here to check out our post written on it.

I have to admit, before really looking into planets, telescopes and other celestial entities, I always thought the only way to see the planets in our solar system was through a telescope yet, the fact is, that isn’t true.

We legitimately can see 5 out of the 7 planets in our solar system with our own eyes, provided we catch them at their best viewing periods and, well… you’ve got to admit that it’s pretty darn cool!