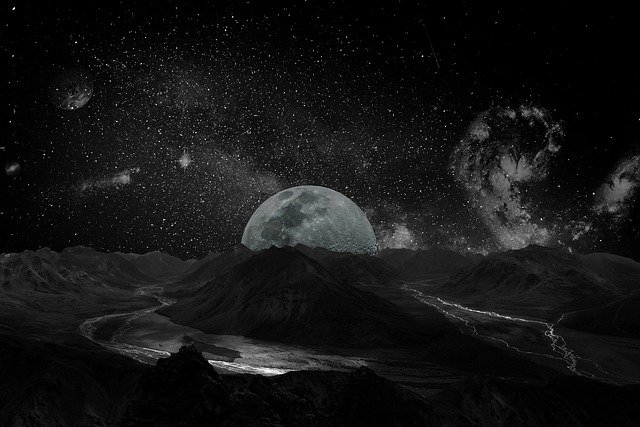 If you’re as curious as I am, I’m sure you’ve fallen into quite the few rabbit holes looking into the nature of planets, moons in our solar system and the vast universe as a whole, occasionally asking yourself thought provoking questions such as the possible existence of plastic based planets in the universe, planets that may rain fire pellets or if whether moons are always tidally locked.

So, in short not all moons within the universe would be tidally locked but all of those that we’ve observed are. Of course I’ll delve into this topic in a lot more depth throughout so stay tuned if you want a more thorough explanation.

What Is Tidal Locking?

If you’re unfamiliar with what tidal locking is, it’s when a body orbits around another object where its day and year length are equal to it’s orbit around said body, which results in that object only facing the other object in one locked position.

This is the reason why we only see specific side of the moon which has been the case since we first saw the entity. You may assume that the Moon is stationary however, this isn’t the case. In fact the moon spins around it’s axis once every full orbit it makes around our Earth, which roughly equates to 7 days for both.

As a result we only see one side of the moon even though it continues to spin on its axis. The same can be said for a large number of other moons that orbit their respective major planets too.

Sometime planets like Mercury can be confused as being tidally locked to the sun for example but, that’s a slightly different subject. (you can read about it by clicking here though)

Why Are Moons Tidally Locked To Their Respective Planets?

Moons are tidally locked to their respective planets due to the gravitational pull a planet has on them when they’re in the said planet’s region of orbit.

When a moon is within the gravitational pull of a planet the gravity of the planet forces a moon to orbit it, which results in a moon tidally locking to their respective planet (eventually).

How Do Moons Tidally Lock To A Planet?

The whole process is a little complicated to explain but, I’ll try to do so in a manner that is somewhat easy to understand.

First of all it’s worth noting that moons and particularly our moon weren’t always tidally locked to Earth. It only became as such over countless years and after physics had played its part in the equation.

According to many physicists it took roughly 100 million years for the moon to be tidally locked to Earth, which is also roughly the amount of time it took for the moons of the other planets within our solar system to achieve the same feat.

Moving onto the explanation, the reason for tidal locking is due to the gravity on a moon not being uniform throughout it’s entire body, meaning the side facing Earth, Jupiter, Saturn etcetera will have a larger gravitational force per unit mass over the opposite side.

As a result the weaker side will lag behind and distort the moon into an elliptical shape. In order to combat this distortion a moon has to adapt to the gravitational forces otherwise it will swing in a pendulum motion (which is theoretically what happens in the beginning stages).

Torque from the gravitational forces will try to maintain an equilibrium state for the moon that over time will be the tidally locked position for the moon.

In the earlier stages the use of gravitational torque will create a large amount of energy dissipation in the form of internal tidal heating that is created due to the squishing and squashing of the moon’s non ideal rotation on the axis. Eventually over many millions of years the moon of a planet will tidally lock.

What’s even more fascinating is that the respective planet of a moon will eventually tidally lock too the moon as well. 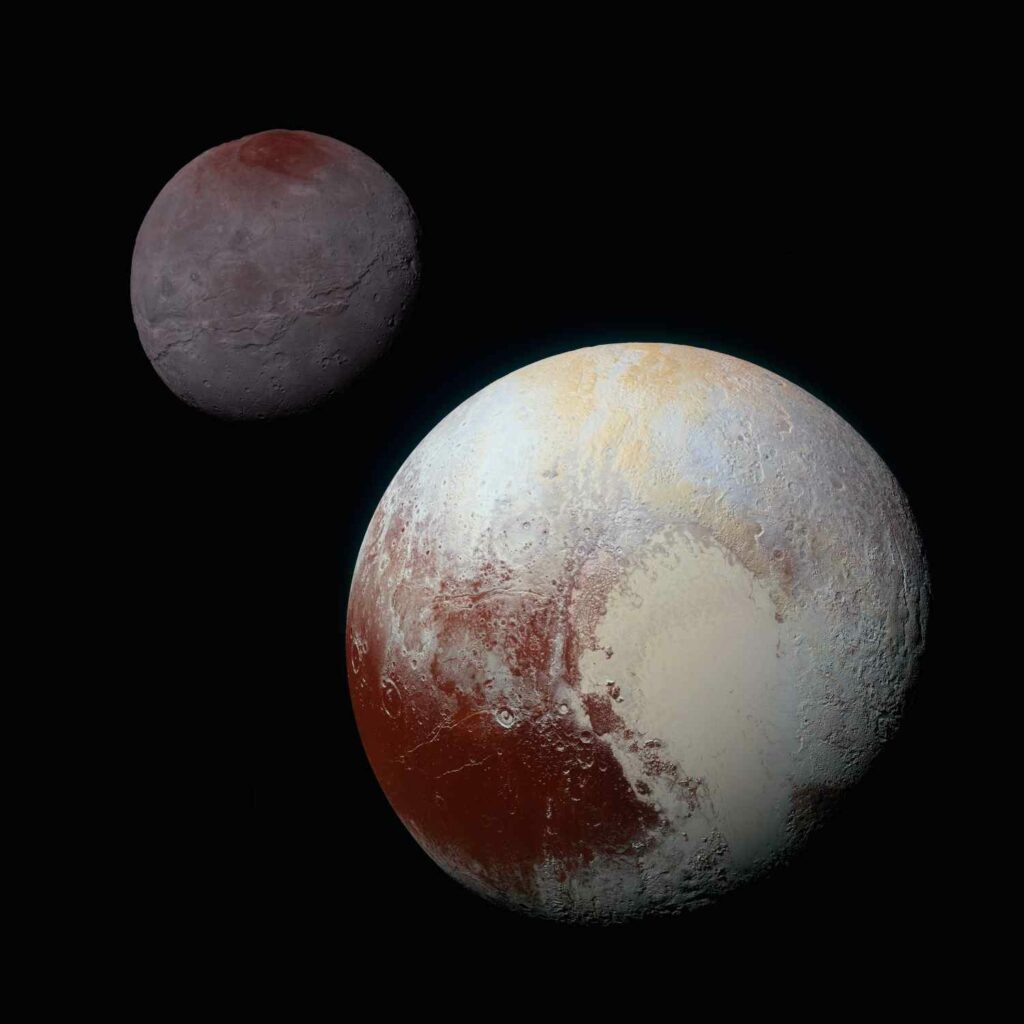 In fact that’s already the case with Pluto and Charon therefore, it’s very likely to occur with Earth too. At this current moment in time the Earth’s rotation around its axis is slowing down whilst the moon is orbiting even further out to compensate for this slow down.

Although the Earth or any of the other larger planets will eventually tidally lock to their moons, this isn’t something that should be expected for many billions of years.

Are Moons Always Tidally Locked To Their Planets?

Technically speaking the answer to this question would be no as it does take a very very long time for an object orbiting around a planet to tidally lock. After all the tidal locking of a moon is the end process of this phenomenon

With that being said, at this current moment in time we don’t know of any moons that aren’t tidally locked.

Now you know that tidally locked planets aren’t just formed over night and that not all moons are tidally locked, at least not in the beginning.

Over time however the likelihood of a moon becoming locked tidally to a larger planet is almost guaranteed with both entities locking eachother like Charon and and Pluto in the end.