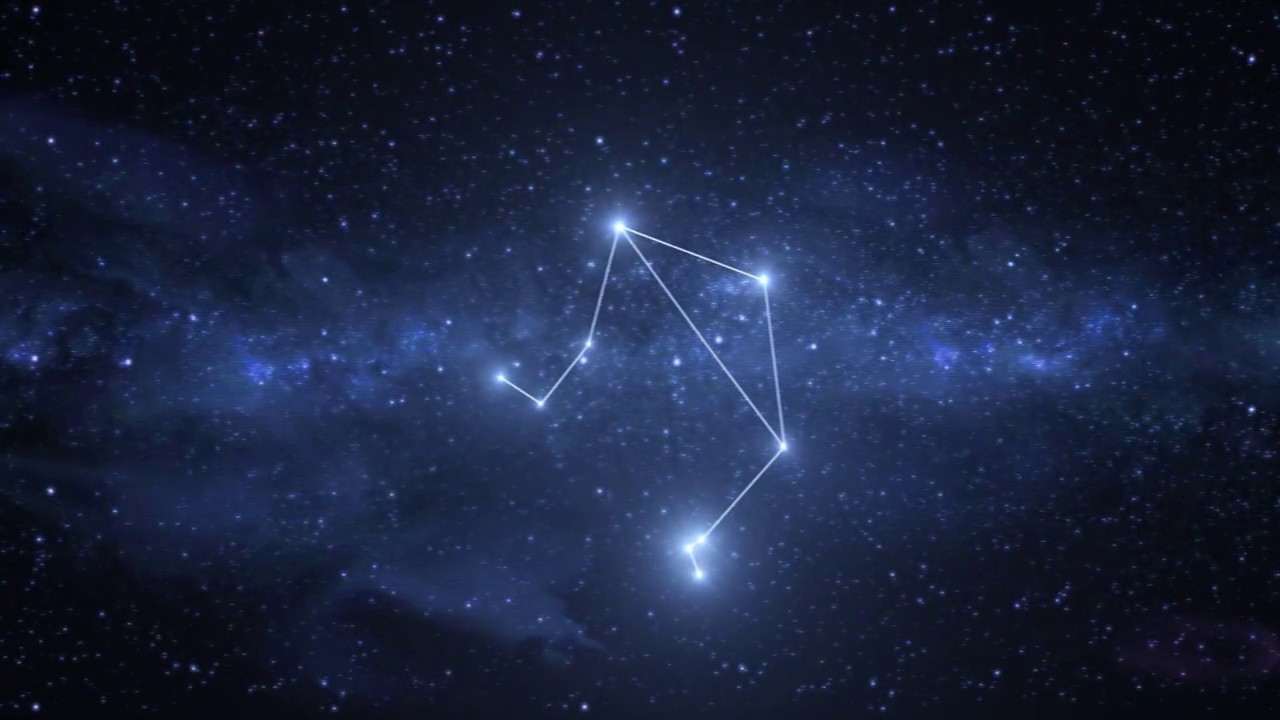 What Is The Libra Constellation?

The name behind the constellation is actually just Latin for weighing scales and the reason why this constellation is known as Libra is due to it’s resemblance to a scale. it’s also the only Zodiac constellation we know that resembles a physical object.

Libra is 538 square degrees making it the 29th largest constellation in terms of its size. However, it also doesn’t have any first magnitude stars nevertheless, it is still more than visible in the right environment.

How Do You Locate The Libra Constellation? 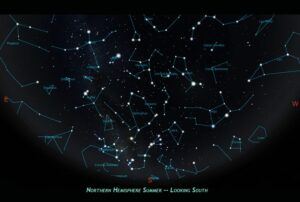 In order to locate the constellation, you will need to be within the southern hemisphere. It’s also crammed in between Scorpios to the east whilst virgo is to its west. The constellation has Serpens Caput, Hydra, Centaurus, Lupus and Ophiuchus within its borders.

As for directions you should follow to see it, it can be seen at latitudes between +65° and -90°. Libra is most easily found in the summer nights.

All you have to do is look for the Big Dipper, which is part of the constellation Ursa Major. Follow the curve of handle until you find the star Arcturus in the nearby constellation Boötes. From there, you should look down and virgo should be visible and of course from there you look to your east and there it should be.

The Stars, Deep Space Objects, Galaxies And Planets In The Libra Constellation

There are a fair number of stars and galaxies within Libra and in this section I’ll basically go over them so you know what you’re looking at when you decide to check it out.

The constellation has 83 stars that are brighter than or equal to a magnitude of 6.5. Alpha and Beta Librae are considered to represent the scales’ balance beam, while Gamma and Sigma are the weighing pans.

This is a double star and despite its ‘alpha’ designation, it’s the second-brightest star system (or star) in the constellation of Libra. The two components are designated α¹ Librae and α² Librae. The system bore the traditional name of Zubenelgenubi though the International Astronomical Union now regards that name as only applying to α² Librae.

It is 77 light years away from the sun and has a apparent magnitude of 2.8

Beta Librae, formally named Zubeneschamali is actually the brightest star in the zodiac constellation of Libra despite its name. From parallax measurements, its distance can be estimated as 185 light-years from the Sun with its apparent magnitude at 2.6

Gamma Librae is a suspected binary star system in the constellation of Libra. It’s visible to the naked eye, having an apparent visual magnitude of +3.91.Based upon an annual parallax shift of 19.99 mass as seen from Earth, it lies 163 light years from the Sun.

Sigma Librae is a red giant star with the stellar classification of M3/M4 III. It has an apparent magnitude of 3.29 and is approximately 288 light years distant from the Sun.

This star is actually the oldest known star in the universe as far as astronomy has been able to locate. It is a subgiant star that is very metal poor and consists almost entirely of hydrogen and helium. Its iron content is less than 1 percent that of the Sun’s just to put into perspective how different it is to the sun.

However, this actually isn’t all that conflicting because these are merely estimates so scientists aren’t entirely certain on the ages. HD 140283’s apparent magnitude stands at 7.223 and is 190.1 light years distant away from the Sun

Upsilon Librae has the stellar classification of K3III. This in turn makes it an orange giant. Upsilon is classified as a multiple star system with an apparent magnitude of 3.60. It is approximately 195 light years distant from the Sun.

Tau Librae is a blue-white dwarf with the stellar classification of B2.5V. It has an apparent magnitude of 3.66 and is approximately 445 light years distant. The star has 3.2 times the Sun’s radius so its obviously pretty darn huge relative to the Sun.

Theta Librae is an orange giant with a stellar classification of K0 III. It’s visual magnitude is 4.136 and is approximately 163 light years distant from Sun. Its mass roughly 84% larger than that of the Sun and it is approximately 35 times more luminous.

Iota Librae has a stellar classification of B9IVpSi and an apparent magnitude of 4.54. The full Iota Librae is made up of Iota-1 Librae is a pair of celestial objects made of a B9 subgiant and a dwarf star, approximately 377 light years distant, and Iota-2 Librae, a class A3 dwarf star about 240 light years from the Sun.

The main stars within the Iota 1 are 149 and 94 times more luminous than the Sun respectively. Moreover, there are couple other dwarf within this system but they’re of a much lower magnitude being in 10th and 11th magnitude range.

Delta Librae belongs to the spectral class B9.5V. It’s a blue-white main sequence star with an apparent magnitude of 4.43. It is also approximately 300 light years from our solar system. It is classified as an eclipsing variable star and its luminosity varies from 4.43 to 5.81 magnitude.

48 Librae, or FX Librae, is a shell star, a blue supergiant exhibiting irregular variations in luminosity as a result of its abnormally high rotational velocity. What this means is that gas inevitably will be ejected from the star’s equator and this forms a gaseous equatorial disk around the star.

As for the core details of the star, 48 Librae has the stellar classification B8Ia/Iab. It has an apparent magnitude of 4.94 and is approximately 515 light years distant from Earth. It has 5.8 solar masses, 3.3 times the solar radius, and is about 965 times more luminous than the Sun.

Gliese 581, or HO Librae, is a red dwarf star with the stellar classification of M3V. It has an apparent magnitude that varies between 10.56 and 10.58, and is 20.3 light years away from the Sun.

This stars mass is only a third of which the Sun has and 0.2 percent of its visual luminosity.

It has a planetary system at minimum of three but up to a possibility of 6 planets. The first planet in the system, Gliese 581 c, was discovered in April 2007. Its been observed as being a very hot planet and very unlikely to be habitable. An unconfirmed planet in the system, Gliese 581 d, might be within or just outside the system’s habitable zone which makes it quite the interesting find.

Gliese 581 e, discovered in April 2009, was the least massive planet known orbiting a normal star at the time of discovery.

Regarding another unconfirmed planet, supposedly discovered in September 2010, is actually regarded as having the highest chance of being habitable as it’s the most suitable for liquid water with it being positioned in Gliese 581’s habitable zone.

Furthermore, In November 2012, the European Space Agency found a comet belt in the system, one with at least ten times as many comets as the solar system.

23 Librae is a yellow dwarf with the stellar classification of G5 V. It’s apparent magnitude is 6.45 and is approximately 85 light years awya from The Sun . It is another star within this constellation that has a planetary system with two confirmed planets. The first extrasolar planet, 23 Librae b, was discovered in 1999, and the second one was detected in 2009.

Furthermore, It has a bit over 2 times the Sun’s mass percent and 2.25 times the solar radius of it.

The star has more or less an identical mass as the Sun and a slightly larger radius, 1.06 times that of the Sun’s. It has an apparent magnitude of 7.25 and is approximately 109 light years distant from the solar system.

Gliese 570 is a ternary star system which basically means its a system consisting of at least three stars, located approximately 19 light years from the Sun, in the southwestern part of the constellation. It lies southwest of Alpha Librae and northwest of Sigma Librae.

The primary component of the system is an orange dwarf with the stellar classification K4V and an apparent magnitude of 6.79. The star is smaller than the Sun and has only 15.6 percent of the Sun’s luminosity. The system also contains a binary star system consisting of two red dwarfs (spectral classes M1V and M3V) that orbit each other.

A brown dwarf belonging to the spectral class T7V was located orbiting in the system in January 2001. It was one of the coolest (we’re talking about temperature here lol) brown dwarfs known. The dwarf star has a mass 50 times greater than that of Jupiter.

In 1998, an extrasolar planet was believed to orbit the brightest star in the system, but its presence was discounted in 2000.

NGC 5792 is a barred spiral galaxy in Libra. It has an apparent magnitude of 12.1 and is approximately 83 million light years away from the Sun.

NGC 5897 is a relatively large globular cluster in Libra. It has an integrated magnitude of 9 and is approximately 40,000 light years distant from the solar system.

NGC 5885 is a barred spiral galaxy in Libra. It has an apparent magnitude of 11.8. The galaxy was discovered by William Herschel on May 9, 1784.