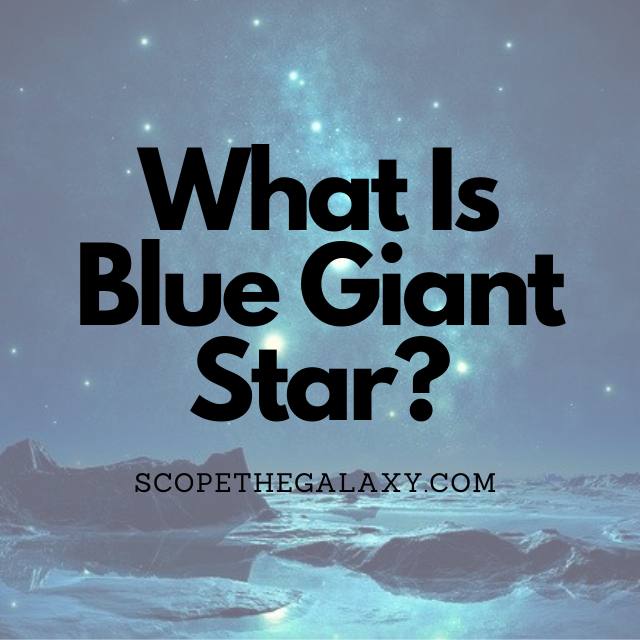 A blue giant star is a stellar body that is in the process of using its last remaining supplies of hydrogen. Thanks to its vast mass, a blue giant generates significantly more energy than other stars – R136a1, for example, generates more energy over four seconds than our Sun does in an entire year.

Continue reading to discover what type of star a blue giant is, how a star becomes a blue giant, and how many are scattered through our universe. Plus, learn the difference between blue and red giants and why one lives far longer than the other.

What Type Of Star Is A Blue Giant?

Blue giant stars are some of the hottest stars in the universe. Its extreme temperatures come from its giant mass, and stars don’t get much more massive than a blue giant. Astronomers categorize a blue giant as a Type O or Type B star.

While many blue giants fall into the Type O category, the same is not true for all of these stellar bodies. In reality, the term Blue Dwarf applies to several large, hot stars rather than an individual class.

The surface temperature of a blue giant is at least 20,000 Kelvin – an extreme temperature when we compare it to our Sun’s surface of 6,000K.

A Type O star is a bluish-white star that possesses a surface temperature of around 30,000 to 50,000K. This type of star has a strong absorption line composed of ionized helium.

A Type B star is blue and highly luminous, with surface temperatures between 10,000 and 30,000K. This is a main-sequence star, which is between 2 and 16 times the mass of the Sun.

How Do Stars Become Blue Giants? 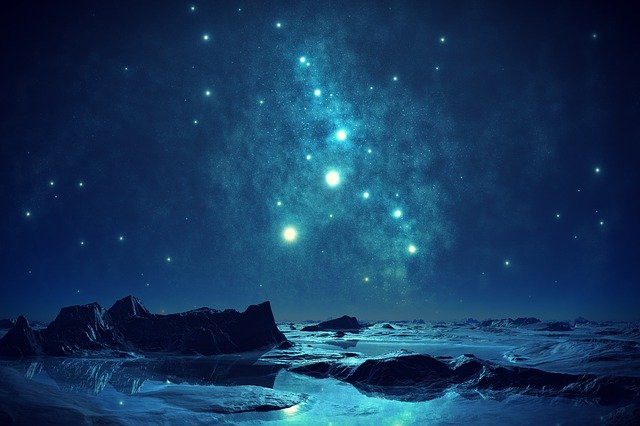 All stars have a limited supply of fuel. They form when hydrogen fuses into helium, which allows them to shine brightly and emit high amounts of energy such as heat and light.

Over time, the supply of hydrogen begins to dwindle. As the fuel supply runs low, a star uses its last remaining energy to burn strong and bright. The reason they are so incredibly bright is that they fuse more hydrogen per second than other stars (such as our Sun).

But this process means that the star becomes an unstable mass that constantly pushes the boundaries of the Eddington limit. The premise is simple – if the radiation pressure exceeds the force of gravity, then outer material will start to fall away rather than be drawn into a stellar mass.

Thanks to the high rates at which these stars lose their mass and an extreme luminosity, blue giants live life on the edge, only ever a split second away from complete destruction. And it’s this unstable nature that takes years away from the lifespan of a blue giant.

How Long Do Blue Giant Stars Live For?

As a general rule of thumb – the brighter the star, the quicker it dies – so it’s no surprise that the blue giant is a short-lived entity in the context of the universe.

Our Sun will last for several billion years, while a red dwarf’s lifespan can stretch into the trillions. But for a blue giant, the faster energy expenditure means that it will only live for around 10 million years.

That may sound like a long time to us because we’ve human and nothing more than a fleeting breath in the grandiose of the universe. But, when you compare the lifespan of a blue giant to other stellar bodies, you’ll see that 10 million years is really not that old for a star.

How Many Blue Giants Are There?

There are around 200 billion stars in our galaxy alone and more than 200 billion trillion throughout the universe. But blue giants are a pretty rare phenomenon.

This is because it takes a relatively significant amount of energy to become a blue giant, and most stars just don’t have the capacity. Not only this, but their bright burn means they have a significantly shorter lifespan.

The observations we make in our own galaxy will likely extend to others we observe, and blue giants will only make up a small fraction of the total number of stars in the universe.

How Are Blue Giants And Red Giants Different?

Both blue giants and red giants are huge, bright stars that form from galactic dust of hydrogen and helium.

The main difference between these two stellar bodies is their age. When a star runs out of hydrogen, it resorts to burning its helium supply – this is a red giant. Just before this happens, a star starts to burn its remaining stockpile of hydrogen, growing brighter and hotter as it does so – this is a non-permanent state known as a blue giant.

The reason for the different coloration of these two types of stars is that the blue giant is burning much hotter through its remaining supply of hydrogen. In contrast, the red giant has moved on to burning helium – a heavier gas – which causes the star to expand.

In essence, the blue giant and red giant represent different stages of a star’s life, and once a blue giant runs out of hydrogen, it will eventually transform into a red giant.

A blue giant represents a star’s life stage where it’s burning up its remaining hydrogen supply at an increasing energetic rate. Few stars make this transition because of the sheer mass and energy it requires, but those who do this phase will be relatively short-lived before they expand into a red giant.