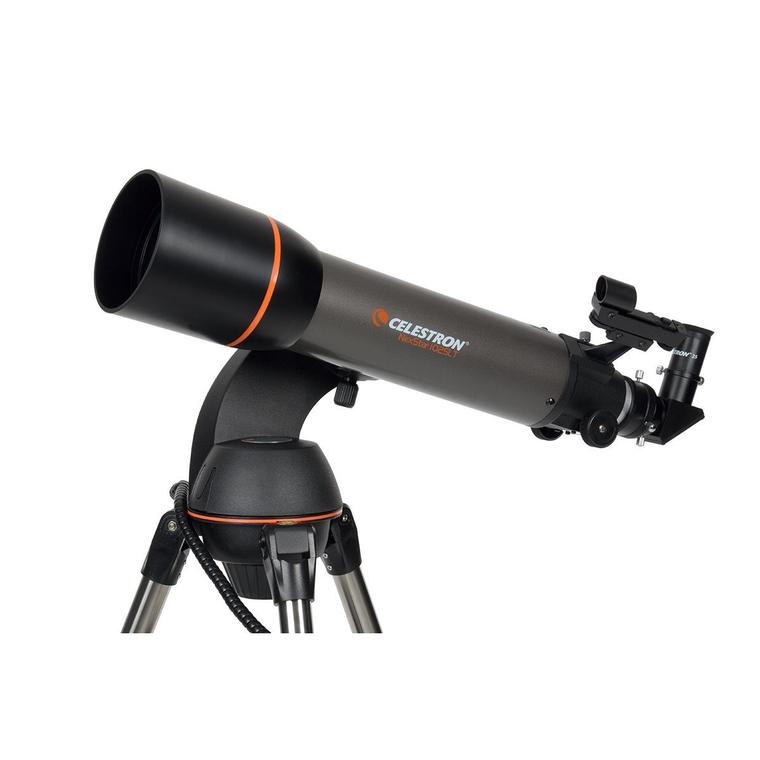 In this review I’ll cover the pros, cons and the 102SLT’s features to ultimately help you decide on whether the system is worth investing in or a beginner level device that you should skip out on. 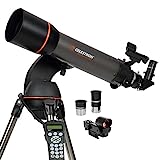 How Do The Celestron Nexstar 102SLT’s Optics Work?

The Nexstar 102SLT utilises what can be referred to as refractor optics within the telescope tube. These optics are the oldest of the 3 main optical designs, with the other 2 being reflector and compound but, it is still will provide very solid optical performance.

Refractor based optics come in 2 different forms being in the form of an achromatic lens and an Apochromatic lens. The former is what will be found within the 102SLT.

As for some of the pros and cons of the Achromatic refractor optics found within the 102SLT, some of its pros are as follows :

As for some of the cons, they include the following :

Overall, the optics within the 102SLT aren’t necessarily of the highest power and do suffer from chromatic aberration nevertheless it’ll still be quite solid and versatile experience for most newbies to the astronomy scene.

What Do The Celestron Nexstar 102SLT’s Specifications Mean?

The 102SLT has an aperture of 102mm (4″), a focal length of 660mm resulting in a focal ratio of f/6.47. This means that in terms of of theoretical magnification the telescope should be able to achieve around 241x although the useable magnification will probably only be around 200x.

The middle of the road focal ratio also means that the views you’ll see won’t be too narrow or too wide meaning it should be decent at both planeteray viewing and wider outer space viewing but, it won’t necessarily be the best pick for either.

The focal ratio also means it should be decent at astrophotography also due to the time needed to capture an image not being insanely long.

As for what you should be able to view with the 102SLT if you were to configure it to its maximum magnification, they include the following :

Now regarding it’s weight and height, the whole system with the mount and tripod setup will weigh in at 8kg which is very lightweight and shouldn’t be much of a problem for anyone wanting a portable system. As for how tall it can get, the inbox tripod ranges from 0.76m – 1.27m.

The limited height may be an issue for any taller individuals looking to use the device and more than likely will require you to purchase a more versatile tripod however, the size would be perfect for kids trying out astronomy for the first time.

The kellner eyepieces are of subpar quality especially for the price where I’d atleast expect Plossl eyepieces but will get the job done in the beginning, the star pointer red dot finder is just your run of the mill entry level finderscope, the focuser is of an all metal design and appears to be of high quality and the star diagonal prism is of decent quality too.

Overall, the accessories provided in the box are passable and should be alright in the beginning although upgrades particularly for the eyepieces may be necessary (here’s a list of our best eyepieces).

The computerised mount used here is a Altitude-Azimuth Single Fork Arm which has over 4000 celestial objects within its database. The mount is of a mediocre quality whilst the tracking is decent enough for locating objects in space.

Because the mount is also very lightweight, the telescope tube won’t be the most stable meaning a shaky viewing experience is quite likely to happen.

This is the same mount used on all of the other Nexstar SLT systems along with the AstroFi line and Skyprodigy line and it requires 8AA batteries or a 12 volt power supply to function.

Another annoyance of the mount is that every time you turn it on, you’ll be required to put the date, time and location in which is a bit of a pain but a compromise you’ll have to make.

In short the mount isn’t anything special but ,it will get the job done to an adequate level.

What Are Users Of The Celestron Nexstar 102SLT Saying

The thoughts from users of the 102SLT is mostly positive. The main criticisms are regarding the mount and it’s lack of stability and the aligning seems to have caused a few users a bit of an issue despite having Celestron’s skyalign feature. 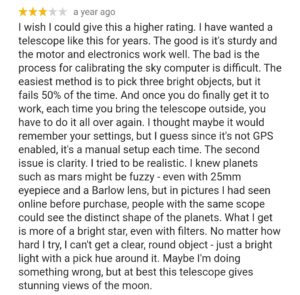 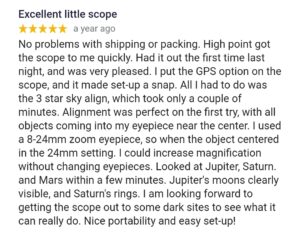 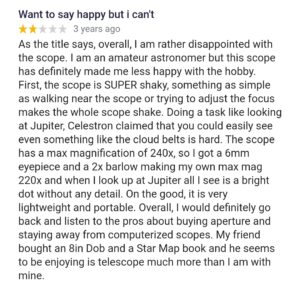 Nevertheless, most individuals do seem to have a fairly solid experience with the system.

If the price of the 102SLT isn’t to your liking, especially for the specs that it provides a few other good other refractor scopes you can look into can be found on this list of ours.

Also, if you’re still wanting to invest in a computerised device this list of ours may prove helpful as well with some decent options (even if most of them are more expensive).

Overall The Celestron Nexstar 102SLT is a decent device and can be decent experience for newbie astronomers who don’t want to go through the hassle of manually finding objects in outerspace other than the Moon.

However, it does come across as quite pricey whilst under delivering in the form of power/detail along with the minor annoyances regarding the mount.

Ultimately, this telescope is far from the best telescope according to my research but it is still a fairly competent one .