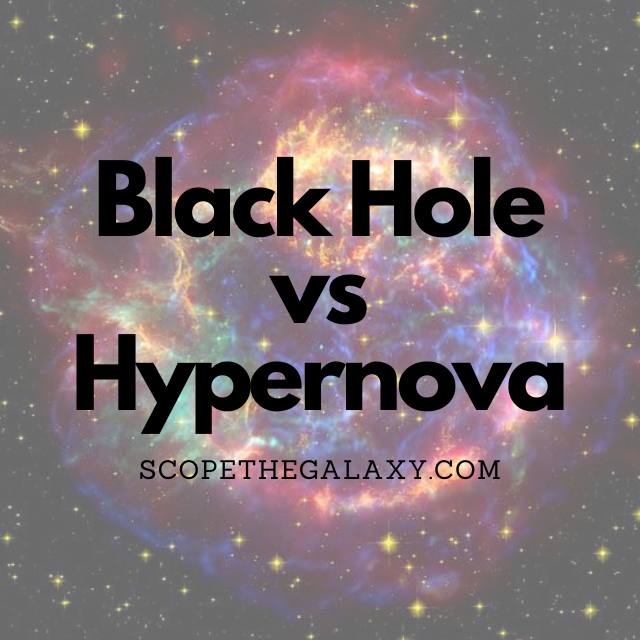 The main differences between a black hole and a hypernova is that a hypernova is an extremely large explosion formed when a star that is 30+ solar masses explodes due to its inability to convert hydrogen to helium whilst a black hole is the darkest, densest known object in our universe, that would also form when a hypernova explosion occurs.

There are a variety of different features between a hypernova and black holes so continue reading for a more thorough breakdown of both entities down below.

Stellar mass black holes are formed as described above by the death of a large star collapsing inward on itself and tend to be around 3 – 10 solar masses.

How Are Black Holes And Hypernovae Similar?

The two aren’t all that similar but, it is true that a hypernova does inevitably create a black hole. So even if they’re not directly related, a Hypernova is the form taken before a black hole is created.

Differences Between A Black Hole And Hypernova

Although one precedes the other, the reality is that a black hole and hypernova function very different from one another whether it be in regards to their size, temperature, density, lifespan, brightness and so on.

Both are amongst the most unique and certainly most devastating phenomenon’s in our universe but, function and operate in a very different manner.