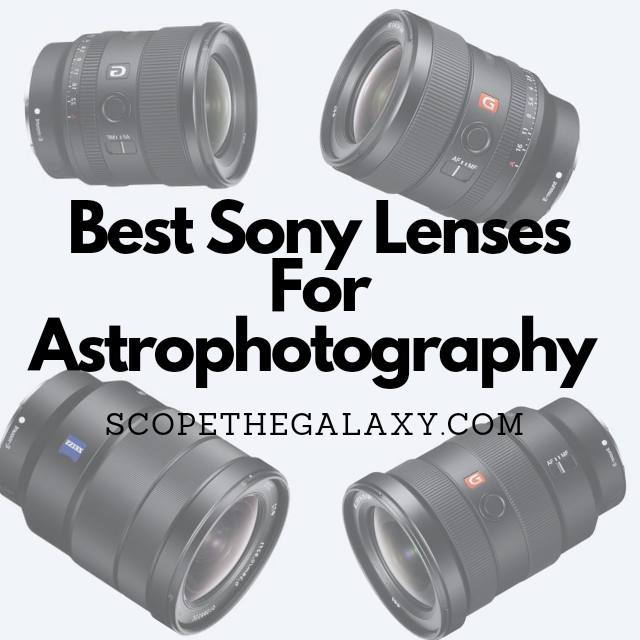 Sony is one of the biggest players in the photography industry therefore, it only makes sense that they’d also be producing maongst the best lenses for a number of unique image taking scenarios, astrophotography included.

In this article, I’ll be going over 7 of the best Sony lenses for astrophotographyavailable in the market that will help you produce both detailed and very crisp night time images of star clusters, our moon, or the planets within our solar system. All of which I’d hope,you would be proud to share with your friends, family and beyond. 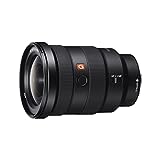 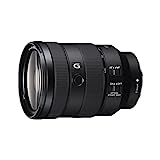 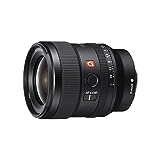 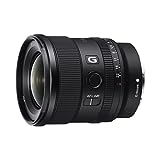 This is a top quality lens from sony giving you the ability to capture awesome wide angle photos of the night sky, bokeh shoots and even shots that are zoomed in.

The image quality is great as a result of its optical prowess which consists of the 18 elements of glass. Sony’s 24 – 70mm lens uses high quality glasses like XA element that has a quoted surface precision of 0.01 microns, two aspherical elements, one ED (extra low dispersion) and one Super ED element.

As a result, the photos are crisp and extremely sharp especially centrally. The Sony Nano AR coating also helps in reducing flare whilst upping the contrast and color.

It’s a very heavy and bulky lens weighing in at 866 grams with the hood adding an extra 37 grams to the frame. With that being said it is extremely well made with the frame consisting mostly of metal, using an electronic focuser whilst it’s also built to be resistant against water and dust.

All in all, due to the bulky nature of this sony lens it may not be to everyone’s liking, esepcially considering the other gear you may need to bring for astrophotography but, if you’re fine with the bulk it could be a great addition among any other lenses you may have.

The FE 16 – 35mm is one of sony’s top of the line offering so it shouldn’t be surprising that the quality of the images it produces will be really good. The optics create contrasted shots at all of its lengths as a result of the Nano AR coating which does a really good job at fending off ghosting and flaring.

Color fringing and distortion are barely visible with a bit more barrel distortion around 16mm though, it’s generally a negligible amount of distortion.

Its wide angle photos are excellent whilst the larger focal length would allow for great portrait shots if you want that extra versatility. As a whole considering the price you’re paying, the quality of the night time astrophotography will be excellent.

In regards to the build quality. It’s no surprise that this is another top notch offering from sony where the lens is an almost completely metal and it has weather resistant exterior that utilises a rubber seal around the mounting plate, along with a fluorine coating on the front element to repel other forms of moisture and dust.

The only downside you could say is that weighing 680 grams does make it on the heavier side for a lens of its stature.

This is another excellent offering as the FE 12 – 24mm will produce wonderful wider field images of the night sky as a result of its generally wide focal length. It allows you to comfortably adjust the framing of the images taken with clear markings on the chassis going up in 2mm increments.

In regards to the construction of the optics, 17 elements in 14 groups are used which includes 3 XD (Extreme Aspherical), 1 Aspherical, 3 ED (Extra-Low Dispersion) and 2 Super ED. Nano AR coating technology is also used to improve light transmission and reduce ghosting and flare.

The body of this lens is very robust as it is made of metal with the lens manufactured to reduce any moisture build-up and stop, if not at the very least minimise, particles from entering and messing up the optical performance. As a result of this robust design, the lens is on the bulkier side weighing in at 847 grams.

Although on the more expensive side, this Sony FE 12 – 24mm is an excellent lens for astrophotography producing high quality images and providing a versatile range of shooting wider framed images. Therefore, if taking breathtaking shorts of the milky way is what you seek, you’ll have an awesome experience with this product

Sony’s FE 24 – 105mm is another great lens that will not only allow you to capture wider field images, but also allow you to zoom in on specific celestial objects (with the help of a telescope designed for astrophotography of course).

Its ability to take landscape shots that can encompass a large star cluster filled night sky or portrait shots makes this mid range offering by Sony an optimal piece for most image-taking opportunities that may arise.

The optics within are 17 elements in 14 groups, with 4 of these elements being aspherical and 3 being ED glass elements. In turn, this optical design allows for top notch images throughout the entirety of its focal range. Its best range is 24mm f/5.6 but the 35mm or 70mm are still great even if a little softer around the egdes even if the center is still sharp.

It’s built really well which is to be expected of Sony. Even though the barrel itself is constructed of plastic, it’s robustly and firmly done using a metal and weather sealing to minimise if not stop dust and water particles from finding their way in.

As a result, the overall heft is going to be larger. In this case, the Sony FE 24 – 105mm weighs in at a fairly considerable 663 grams.

Nevertheless, as an all in one lens, this FE 24 – 105mm by Sony is an excellent shooter for astrophotography and other activities if need be.

Sony’s Zeiss 16 – 35mm is another excellent wide angle lens that will produce top notch wide field views of the milky way and portrait shots if you wish to do that on the side too.

Its optical construction is made up of 12 elements in 10 groups which consist of 5 aspheric elements, 1 of which (the front element) Sony calls “Super Aspheric.” and Three ED glass elements. The T* coating on the optics also helps to minimise ghosting and flare.

Images will come out looking great, with the center a midframe showing off the sharpest part of any image and the outer coming in a bit hazier and blurred. The camera and post processing will ultimately make or break any image but, the images that come out through the Zeiss are sharp and very usable.

This lens is well built using a metal body for the outer frame, plastic in the inner frame although, the quality of the construction keeps everything firmly attached together.

However, there isn’t a weather gasket found on this offering but, the overall construction does still stop dust and water well so, in most cases the lens will come out looking fine. At 518 grams it’s neither the lightest or heaviest lens to carry around.

As the hardware is a little older than others it has decreased in price so, that’s a good thing whilst many users have even recorded improvements when the Zeiss is paired with modern cameras. Therefore, despite the few shortcomings it has, the images produced are still excellent and to some degree are getting even better with age.

This 24mm lens by Sony is yet another great wider angle lens that will allow you to capture great expansive, landscape images of the Milky Way. Of course, being a singular framing does limit the use case scenarios for the lens but, it still will be more than effective in most astrophotography scenarios.

Optically the Sony FE 24mm uses two of the company’s XA (extreme aspherical) lens elements, as well as three ED glass elements. The XA elements, in particular, will help in reducing the unfocused look of images whilst the Nano AR coating on the lens will reduce ghosting and flare.

This coupled with the extremely bright aperture means images at night will pop whilst the optics will be very crisp, whether at the center or the edges of the frame.

The lens does lend itself well in regards to the size and overall bulk as this 24mm offering only weighs in at 445 grams.

Structurally the body is well built even though polycarbonate is a prominent element of the device but, the fluorine coating make sure fingerprints won’t show whilst the dust and water resistance gives it an overall rugged design perfect for the damp conditions at night.

As a whole, this lens is regarded as one of the best 24mm lenses money can be so  if your budget allows it, you won’t be disappointed.

At 20mm this is on the cusp of being an ultra wide lens so, it’ll do well for most looking to take landscape shots of the night sky, especially taking into account the larger aperture and in turn light gathering capabilities.

Sony’s FE 20mm is yet another light offering by sony weighing in at 373 grams therefore, most should find this a fairly easy lens to lug about for most use cases scenarios.

The construction of this lens is solid, being mostly metal and plastic with weather resistance against dust and water to allow you to astrophotography in dustier and more humid environments. The Nano AR and fluorine coating makes sure that grime or oily fingerprints will be limited on the barrel.

Although the lens does not have built-in in optical stabilisation like most of the other offerings on this list, the clarity of the images it will produce throughout the night will still be great due to minimal distortion.

Even if the FE 20mm may not be the most versatile or even the sharpest image taker on this last but, when it comes to astrophotography, it’ll typically provide quality results.

I understand the prospect of finding lenses that suit your use case scenario may be difficult, whether it simply be one that is great for low light photography or one that is more versatile, considering the large portfolio of offerings by Sony.

This article simply points some options worth considering as they’re more suited for astrophotography whether it be to shoot some amazing images of the Milky Way, the planets and beyond.

Click here to check out some of our favorite astrophotography of you’re serious about this genre of photography and want to take the cleanest images of the celestial images situated across our universe.