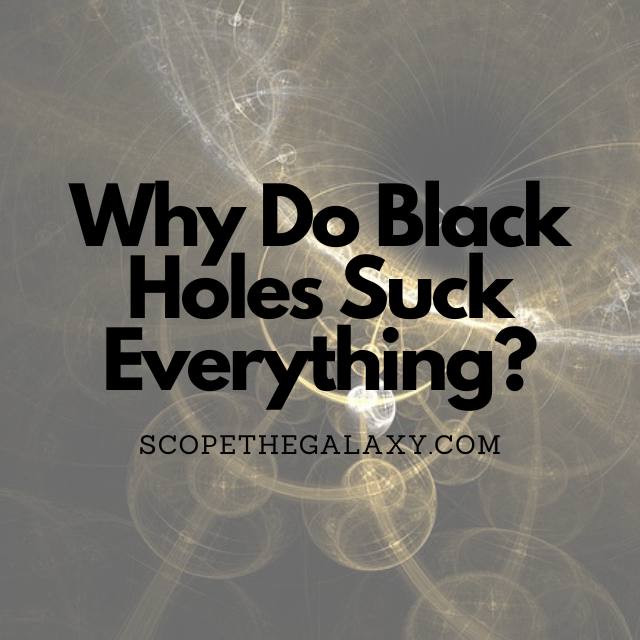 Discover whether or not black holes really do suck in everything around them; if so, why don’t they swallow our entire Universe? Discover how strong the “pull” of a black hole is and what happens to the material sucked into these mysterious entities.

How Do Black Holes Suck Everything Around Them?

Black holes are among the most enigmatic objects in the Universe. They form when a star dies and is crushed into an extremely dense object; here, gravity becomes so intense that not even photons can escape its grasp.

The reason why black holes suck everything is because they have such a powerful gravitational force. This force pulls all the atoms and molecules toward it. The closer they get to it, the stronger its gravitational pull becomes until it gets so strong that nothing can escape from its force.

Black holes are the most powerful gravitational forces in the Universe, so it is no surprise that they consume anything in their path. The only exception is light. Still, the idea that they suck everything around them is a myth; material needs to be traveling close enough to the black hole to cross its event horizon for the black hole to capture it.

Do All Black Holes Pull Objects Towards Them? 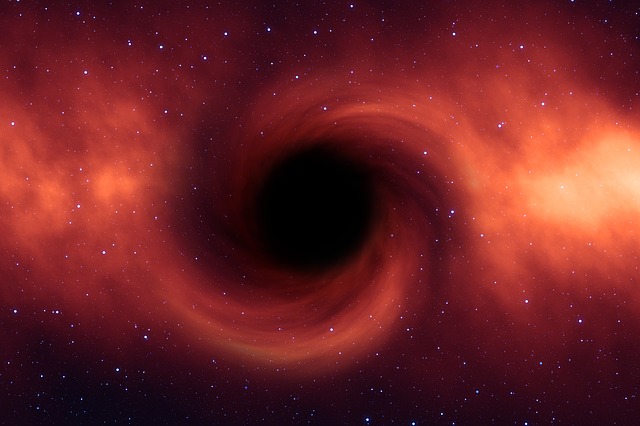 Black holes are not pulling objects towards them; they can only capture material that travels very close. The event horizon of a black hole defines the boundary around a black hole within which matter is so densely packed that light cannot escape.

Say, for example, our Sun was replaced with a black hole. We would suffer from a permanent state of darkness, and the lack of heat and life would mean that all life died.

Still, planet Earth would continue its stable orbit around the black hole and would not be “sucked in.” This is because the Earth is 93 million miles from the Sun, but it would only be sucked into the equivalent black hole if it traveled as close as 10 miles.

The event horizon is an essential concept in general relativity. It defines the boundary between what can be seen and what can’t be seen, and it’s also the surface where gravity becomes infinite.

What Would Happen If A Black Hole Consumed Everything?

A black hole will never consume the Universe because they aren’t big enough to capture enough matter. Take a stellar-mass black hole; it could have an event horizon of just a few kilometers, which means that anything traveling more than a few kilometers away from it can easily escape its grasp.

When you consider the sheer size of the Universe, you can understand that most matter will always escape the clutches of a black hole. Even the biggest black hole imaginable – let’s say a trillion solar masses – would be limited to a radius of a light year or two. But, in the vastness of space, that’s nothing.

Say the Universe was static; black holes could never consume all the matter within it. But our Universe isn’t static; it constantly expands, which means that most matter in the Universe has already escaped the clutches of the black hole and will never return to it.

If, hypothetically, the entire Universe was swallowed by a black hole, then every bit of matter would travel toward the singularity, where it would completely break down beyond all concepts of space and time.

No one knows what happens to the information in a black hole, so it’s hard to say what would happen next. Over time, black holes evaporate through Hawking radiation, and though it could take trillions of years, this Universe-swallowing black hole would also cease to exist one day.

Black holes don’t really “suck” everything in; in fact, they have a comparatively small capture area (or event horizon). Still, if you were unlucky enough to cross paths with one of these dark giants, you would experience “spaghettification” before you were broken down into your smallest atomic components.

The gravity of a black hole is so immense that not even light can escape, and once you cross the event horizon, it’s a one-way journey to the “singularity,” a place where the laws of time and space completely break down.

NASA – Ask an Expert: Why Black Holes Suck. Or Do They?

Could a black hole grow so immense that it swallows the entire Universe? – Quora

Where does the matter go when it is pulled into a black hole? | Science Guys | Union University, a Christian College in Tennessee (uu.edu)

What happens at the center of a black hole? | space