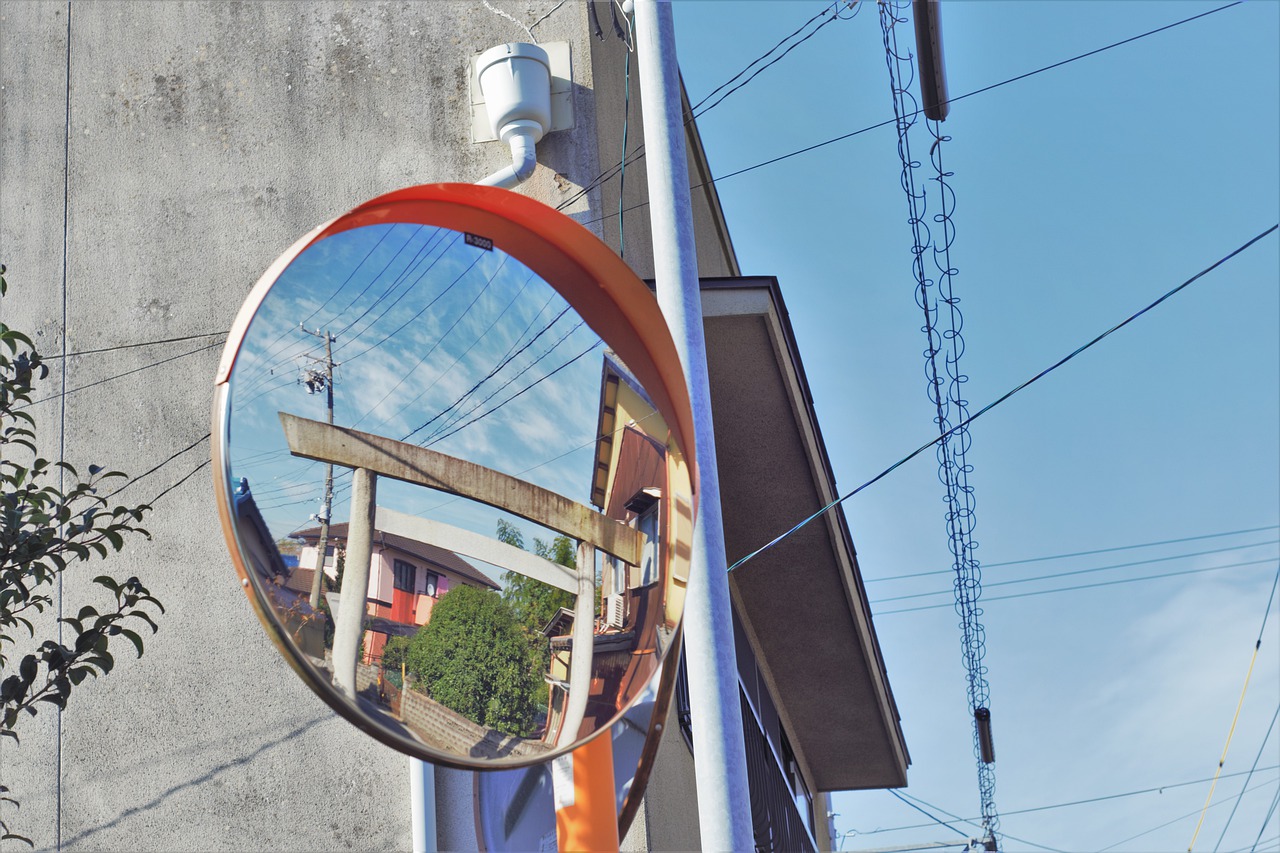 If you’re even somewhat interested in telescopes let alone mirrors as a whole, I’m sure that you’d have come across the terms spherical mirrors and parabolic mirrors right?

If I were to answer this question very briefly the main difference between a parabolic and spherical mirror is that a parabolic mirror is designed in such a way where light that travels through it will meet at a fixed point allowing the image you see being more focused whilst the spherical design means that the light that passes through suffers from what is known as spherical aberration.

Of course that is just the brief summary. Throughout the rest of this article I will go over both designs, the differences and of course the impact that either design will have when observing outerspace using a telescope.

How Does A Spherical Mirror Work?

Spherical mirrors are commonly manufactured using machinery and can be found in one of two shapes. They can either be as convex mirrors or concave.

These mirrors are often not completely spherical in the sense that they’re not in the shape of sphere but simply a cut out of the top of a sphere, acting kind of like a cap.

As there are basically two different types of spherical mirrors, the manner in which they act are also unsurprisingly different.

Concave mirrors are the mirrors used within a telescope and as you can guess they’re primarily used to magnify the image that will inevitably reach your eyes.

However, because of the spherical nature of this mirror, the parallel light that hits the mirror will ultimately not focus on a singular focal point resulting in the image produced being far less focused and blurry.

This problem occurs more abruptly when the circumference of the mirror is larger.

What this will do is minimise a large portion of the visual discrepancies (otherwise known as aberration) when seeing through a telescope.

A convex spherical mirror on the other hand captures light and either directs these parallel light rays in all directions or at a single direction. These mirrors are often used within car mirrors or security mirrors in stores to make the image appear closer than it actually is often showcasing a more fish eye like image.

A couple pros of spherical mirrors include the following :

The issues for the most part aren’t as prevalent provided certain criteria are met, such as having a higher focal ratio of f/10 as I’ve mentioned above and by using a corrector plate to minimise the effects of diffraction and spherical aberration. This is the method that a lot of Schmidt-Cassegrain telescopes tend to use.

However, for the most part spherical mirrors are used in smaller reflector telescopes and require the minimum specifications at 4.5″ lens and a focal ratio of f/8.

Provided you can find a telescope with these specs, considering they are generally easier to make than the parabolic mirrors, you should at the very least always get a solid mirror even if the manufactures themselves aren’t necessarily the best.

How Does A Parabolic Mirror Work?

Parabolic mirrors, as its name would suggest, aren’t perfectly round mirrors but, this is done with the intention of allowing the parallel light rays that hit it to converge at a single point and not be unfocused unlike spherical mirrors. 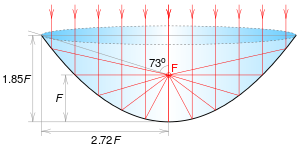 These mirrors are designed so that the edges are flatter allowing it to create light that’s focused at singular point however, due to the difficulty in producing mirrors like these, the manufacturing costs are much more which is why they tend to be found within more expensive telescopes and generally require a lot more work and effort to produce over spherical mirrors.

However, this effort often provides better results when combined with objects, whether it means stronger performance, less wasted light by a flashlight or just better image quality as whole within a telescope.  The parabolic design can often be found within Newtonian reflector telescopes.

So, unlike spherical mirrors the single focus point of parabolic mirrors means the images viewed through the lens won’t suffer from spherical aberration however, it does suffer from coma (where a star comes across as blurry nearer the edges of an image).

Coma is an inherent problem with all parabolic mirrors so it is a compromise you’d need to make. Of course they are ways to reduce it exponentially, primarily through the use of a Coma corrector for telescopes.

The Pros And Cons Of A Parabolic Mirrors

A few pros for parabolic mirrors include the following :

As for a few of the cons, they include :

The parabolic mirror design is generally the better design to go for if your searching for a beginner level telescope although it doesn’t really make a huge difference the higher level price brackets due to most issues being corrected through the use of corrector plates and so on.

The Main Differences Between Parabolic And Spherical Mirrors

Due to how the mirrors are designed, it does result in a few differences between each mirror when used within telescopes.

The first major difference is that spherical mirrors are far cheaper to produce.

This is one of the reasons why they’re found within cheaper telescopes but, this doesn’t necessarily mean that they’re bad, afterall spherical mirrors are still found within Maksutov-cassegrain and Schmidt-Cassegrain telescopes and those tend to be far more expensive than your typical Newtonian reflector of the same size.

Another difference and I guess you could say an issue for both are the visual issues both types of mirrors suffer being spherical aberration and coma. Of course both elements can be minimised using accessories or simply by purchasing a higher speced device but this issue is certainly worth noting.

Although one could argue that parabolic mirrors are better overall due to the focused nature of the images produced and less light being wasted as a result, the benefits are only really shown at the lower spec range of a telescope, at the sub 6inch range.

After that specific range with a focal ratio of f/10 and through the use of accessories to minimise the visual issues, either mirror will provide a more than satisfactory viewing experience.

I guess the only major benefit when it comes to looking at space through a parabolic mirror is that wider shots of space will be far more focused at the lower focal ratio ranges.

All in all though, both variations have their pros and cons and both can of course provide a solid viewing experience provided you know what your goal is when it comes to observing outer space.