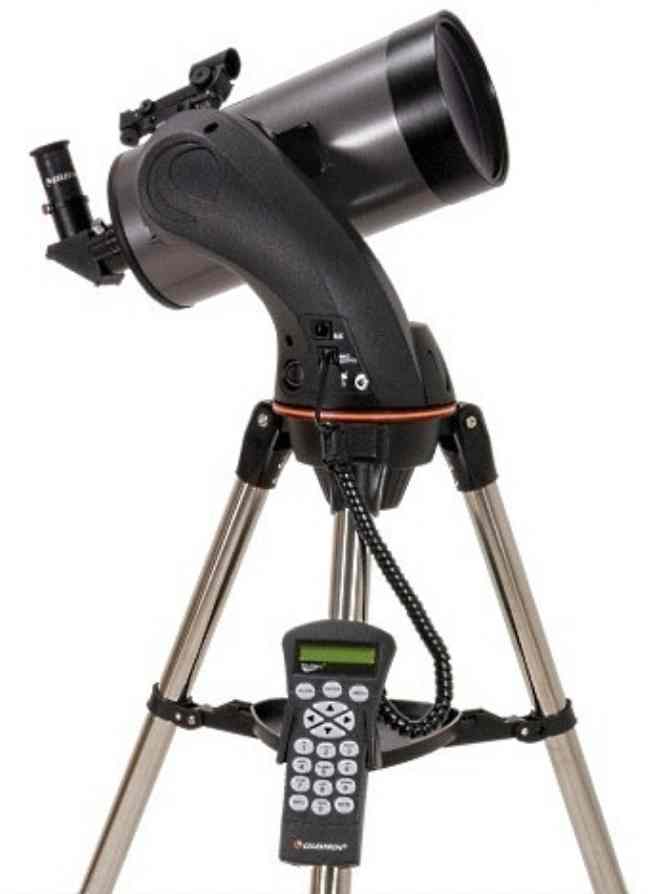 In this review I’ll cover the pros, cons and the Nexstar 127SLT’S features to ultimately help you decide whether it’s a beginner level GoTo telescope worth investing in or one that you should skip.

How Do The Celestron Nexstar 127SLT’s Optics Work?

All the lineups have their differences but, they all share the characteristic of being computerised systems.

The Maksutov-cassegrain optical variation within the telescopes tube utilises a corrector plate to smooth out the aberration it would suffer as a result of it using a spherical mirrors inside.

Nevertheless, this design is still pretty solid and will provide you with the following benefits :

That being said there are a few cons too, which includes the following :

In the grand scheme of things the Nexstar 127SLT is a solid telescope for its optical performance even if the system as a whole won’t provide the most detailed of images out there because of its size.

What Do The Celestron Nexstar 127SLT’s Specifications Mean?

What this means is that the telescope will theoretically be able to achieve a max magnification of around 250x whilst the larger focal ratio makes it a better for observing planets.

These specs should allow the Nexstar 127SLT to view quite a few things, which include the following objects in space :

If you’re just starting out, being able to view this much (with the use of good accessories of course) should satisfy you for quite a while and the mount that’s provided should also make the whole process of locking onto planets and celestial objects pretty easy to do.

Regarding the weight and portability of the 127SLT, it is portable coming in with dimensions at 101.6 x 48.3 x 27.9 centimetres with a weight of around 8kg so, if you’re looking for a GoTo device that’s easy to move around, it’s certainly not a bad one to go for.

Along with the GoTo computerized mount the 127SLT comes with two 1.25″ kellner eyepieces at focal lengths of 25mm and 10mm,a starpointer finderscope, a database of over 10k objects found within the provided SkyAlign software, a star diagonal, a tripod a few manuals and other miscellaneous documents.

The eyepieces are fairly low quality but they should get the job done in the beginning. Nevertheless, that is one aspect you may need to look into and invest in (here’s a list of some of the best eyepieces in our opinion). The other accessories however are of a solid quality out of the box and won’t need any kind of upgrading in the beginning.

The mount used is a GoTo vixen dovetail design which should allow you to move the tube smoothly. The design of the mount is also reaching the threshold in terms of handling the weight of the tube.

This simply means that the weight is distributed at the maximum capacity well and shouldn’t result on the whole telescope wobbling as much as the bigger Nexstar 130SLT however, as it is at the threshold don’t expect it to be an absolutely stable experience when looking through the lens

The mount can either be operated using 8 AA batteries or a portable power supply, of which the latter is definitely the better way to go.

However, one annoying thing you should know is that if your device runs out of battery or if the power supply somehow disconnects, you’d need to go through the entire process of putting in the date and time along with re-aligning the optics so, when using the 127SLT it’s worth knowing this just so you can avoid dealing with this nuisance, even if it is just a minor one.

What Are Users Of The Celestron Nexstar 127SLT Saying?

Users for the most part found the whole set up process and experience to be great as a beginner level individual looking to get into astronomy, particularly due to the fact it has a very convenient GoTo Mount that will essentially lock onto whatever you want to check out. 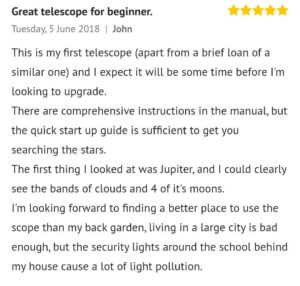 The only major issue with the device is its somewhat wobbly mount however, as a whole most still found it to be a pleasant experience. Of course the narrower focal length does not make the 127SLT great for checking out the wider expanse of space but, this is just a sacrifice you’ll have to make anytime you go with Maksutov-cassegrain devices. 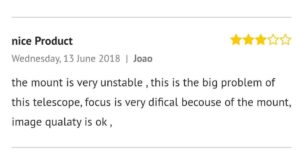 Although the 127SLT is a fairly solid device and very convenient to use due to is set up process, there are a few things that it does fall short on, such as its price to performance ratio, which puts it around a $500 device for sub 6 inch device.

If you’re not on a super tight budget, it may be worth looking into some more powerful computerised devices which can be found within this list of ours or if you simply want the best bang for your buck in terms of performance, the SkyWatcher Dobsonian 8 inch is a solid non computerised reflector telescope to go for.

That being said, the Celestron Nexstar 127SLT is a certainly a good device despite its flaws so, if you can accept the somewhat wobbly experience, the sub par eyepieces provided and the relatively expensive price for the specs, it’s still genuinely a solid beginner level telescope worth purchasing.