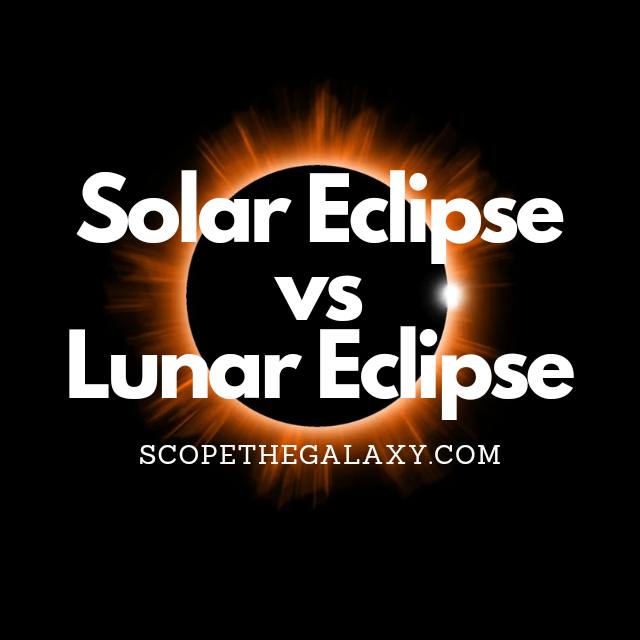 Solar eclipses happen when our Moon block light from the Sun and casts a shadow over the Earth. In contrast, a lunar eclipse causes the Moon to dim as the Earth blocks out the sunlight that reaches its surface.

Discover the different types of eclipses we can experience and how each one happens. Learn the similarities and differences between solar and lunar eclipses and why eclipses of the Sun are so much rarer.

What Is A Solar Eclipse? 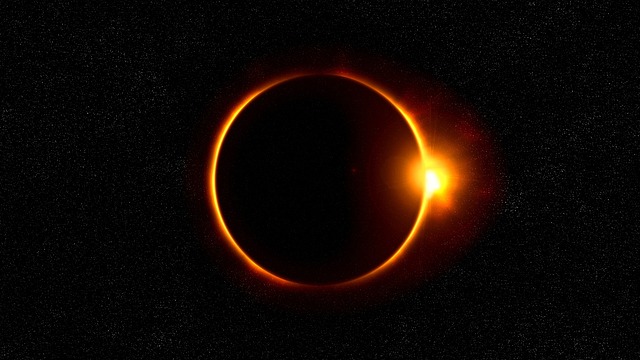 A solar eclipse happens when the Moon blocks the light from the Sun and casts a shadow over the Earth. These events only happen during the new Moon phase, when this celestial body travels between the Sun and the Earth.

A total solar eclipse only happens when the Moon sits in perfect alignment with the Sun, casting a complete shadow on Earth, otherwise we experience a partial eclipse (where only part of the Sun is blocked by the Moon).

When the Moon passes in front of the Sun, it creates a shadow on part of the Earth. As our planet rotates, this shadow creates a path called the path of totality.

If you’re within the path of totality when the eclipse happens, the Sun’s light will disappear for a few minutes. This turns the sky dark even during the daytime, which can confuse animals and people who don’t know what is happening. Still, it allows scientists to study the Sun’s atmosphere more closely.

The Sun’s atmosphere, also known as the corona, is usually much dimmer than the Sun’s light, which makes it hard for scientists to see. But, when a solar eclipse occurs, the only light we can see is from the corona.

Solar eclipses don’t often happen over populated land. Still, on the rare occasions that they do, we can enjoy the experience of seeing the streams and ribbons our the Sun’s atmosphere.

We’re lucky to witness solar eclipses at all, as they require a specific mix of time and celestial mechanics. Think about it – the Sun has a monumental diameter of 1,392,000 km, while the Moon’s diameter is just 3,475 km. In addition, the Moon moves away from Earth at a rate of around 4 cm per year.

But, at this specific time, our Moon is exactly the right distance from Earth – in comparison to the Sun – that the two appear to be the same size as we view them from Earth. And this is why we experience solar eclipses.

What Is A Lunar Eclipse? 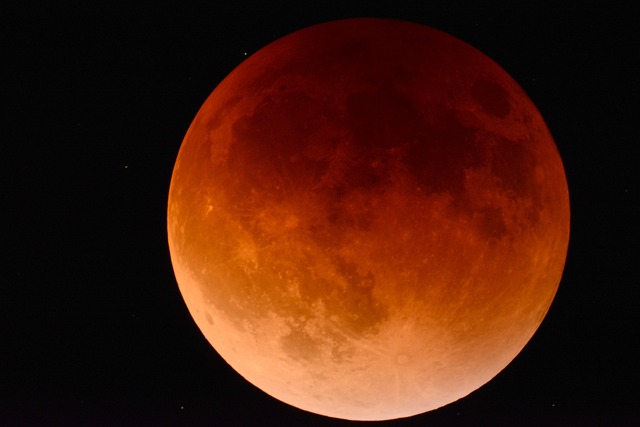 Lunar eclipses occur when Earth passes between the Moon and the Sun, which causes a shadow to fall on the former. These eclipses occur when the Moon is at full phase and are visible for half of the Earth. When this happens, Earth’s shadow can dim the Moon’s brightness or cause the lunar surface to take on a striking shade of red.

Lunar eclipses come in three types: total eclipses, partial eclipses, and penumbral eclipses. During a total eclipse of the Moon, this lunar body travels into the umbra (the inner part of Earth’s shadow)

A partial lunar eclipse occurs when the alignment of the Earth, the Moon, and the Sun is imperfect. When this happens, a shadow grows across part of the Moon but recedes before covering it entirely.

A penumbral eclipse occurs when the Moon passes through the Earth’s penumbra (rather than the umbra), and this faint outer atmosphere casts only a dim shadow. Penumbral eclipses often go unnoticed unless you know they’re happening.

Lunar eclipses are relatively common and occur around three times every year. Scientists estimate that roughly 29% of these eclipses are total lunar eclipses, usually lasting for a few hours. No matter where you are on Earth, you should witness a lunar eclipse once every two-and-a-half years.

How Are Solar And Lunar Eclipses Similar?

Solar and lunar eclipses are similar because they both occur when the Sun, Moon, and Earth line up so that one casts a shadow on another. These processes both rely on specific celestial mechanics that allow the Moon to appear precisely the same size as the Sun and thus create a perfect alignment for shadowing.

Differences Between A Solar Eclipse And Lunar Eclipse

In some respects, solar and lunar eclipses are similar because they’re both caused by the alignment of the Earth, Moon, and Sun and involve one of the former two blocking out the Sun’s light to the other. Still, a solar eclipse covers a far smaller area of Earth and passes very quickly, meaning this phenomenon is a much rarer experience than a lunar eclipse.

Solar eclipses: What are they? | Space

What are lunar eclipses and how do they occur? | Space