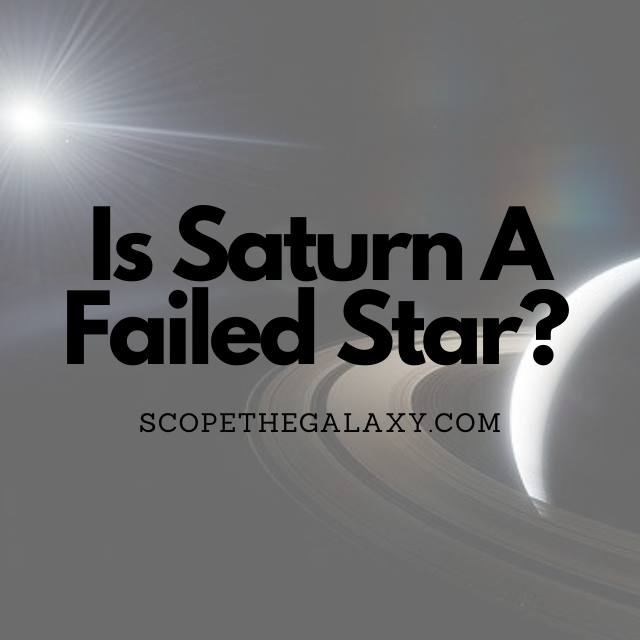 No, Saturn is not a failed star. Even if some of the characteristics the planet displays could lead one to assume that it may be a failed star, as it lacks the significant mass of a genuine star and the fact that when forming, it formed like that of a planet as opposed to a star, it theoretically would be impossible for Saturn to fall within the bracket of star, therefore the failed star title isn’t applicable.

For a more in depth outlook on why Saturn isn’t a failed star and precisely what we mean using the term ‘failed star’, continue reading.

What Is A Failed Star?

A failed star is one composed of gas, which can’t sustain nuclear fusion due to its lack of mass. Scientists also refer to this type of star as a brown dwarf.

These celestial bodies are close in size to the planet Jupiter but possess a far greater mass. Unlike a regular star, it does not have the size requirements for fusing hydrogen and thus, does not emit a significant amount of visible light.

A brown dwarf – or failed star – can fuse deuterium with lithium, but it will never reach a substantial enough mass to sustain a hydrogen fusion within its core.

Failed stars are a relatively new discovery in scientific fields, with one of the first theoretical papers published by Dr. Shiv Kumar in 1962. The first time scientists confirmed citing a brown dwarf was when they spotted GD 165B in 1988. This celestial body was orbiting a star, and although it shared many characteristics of a star itself, it didn’t quite meet the requirements for this title.

Instead, scientists applied the term brown dwarf or failed star. Since then, scientists have discovered over 50 more brown dwarfs, while estimates suggest there could be as many as 25 million residing in our galaxy alone.

The primary reason why a star fails is that it doesn’t collect enough material to create regular stellar fusion.

Why Is Saturn Not A Failed Star?

Many people question why Saturn is not a failed star or how we can tell when a planet has gathered enough mass to reach the status of a brown dwarf. Due to the lack of visible light rays, these failed stars are particularly difficult to spot – significant numbers could be faintly lurking within our galaxy, difficult for astronomers to spot.

The critical difference between a star and a planet lies in how they form. Stars form due to dust and gas collapsing in a primordial cloud. This means that they have low amounts of metals contained within them.

Whereas a planet forms with significantly less mass than a star therefore, possessing a much lower gravity. One of the key reasons why Saturn is not a failed star is because it did not start life with the sufficient amount of mass required for star status.

A failed star will accumulate material in much the same way that a star does, rather than matching the accumulation style of a planet. Thanks to their high gravity, they easily hold onto light elements such as hydrogen and helium.

Could Saturn Become A Star?

In short, no. Saturn may have the same composition as the sun, but it could never possess the mass required to transform into a star. It would need its mass to be a minimum of 50 times greater than it currently is.

There is not nearly enough material orbiting the sun for this to happen. For any of the gas giants in our solar system – Jupiter or Saturn – to have developed into a brown dwarf, they would have required at least 10 to 15 times more material to be available during their formation.

The sun contains more than 99.86% of the entire solar system’s mass. Even if all the other materials in the solar system combined, the mass would not equate to that of a star.

The Differences Between A Failed Star And Star 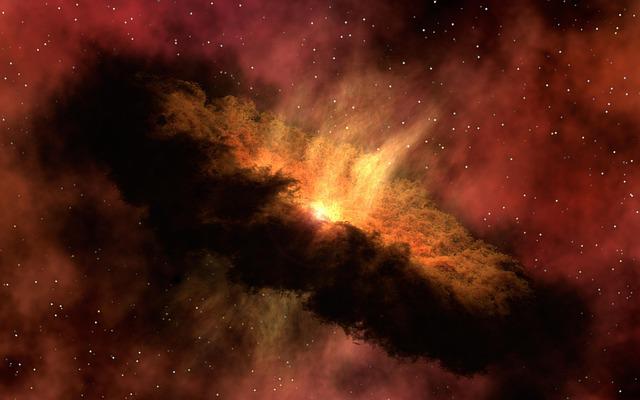 Both failed stars and stars start life as massive balls of gas and possess a protostellar core. These enormous balls of energy all achieve some nuclear reactions, which can produce heat. Many emit small amounts of light too, but it is challenging to detect because this light lies on the infrared spectrum.

Though these two star types share some similar characteristics, they also have marked differences. A star releases light and energy thanks to the thermonuclear reaction in its core that converts hydrogen into lithium. However, failed stars do not possess the mass to achieve this.

The key difference between a star and a failed star is the sheer difference in mass. The failed star is also considerably smaller; some brown dwarfs are smaller than the planet Jupiter. In contrast, a star will generally possess more than 80 times the mass of a planet such as Jupiter.

Another defining factor is that a star will generally possess the gravity needed to form a solar system with planets orbiting its body. Whereas many failed stars orbit other stars, there is only one known case of a brown dwarf with an orbiting planet.

A failed star – or brown dwarf – is a celestial object whose mass sits between that of the heaviest planets and the lightest stars. Their mass is greater than 47 times that of Saturn but less than 250 times its mass.

At first glance, Saturn may seem like the prime candidate for a failed star. However, closer inspection shows that it lacks the mass of these objects and is formed in the way a planet would as opposed to a star.