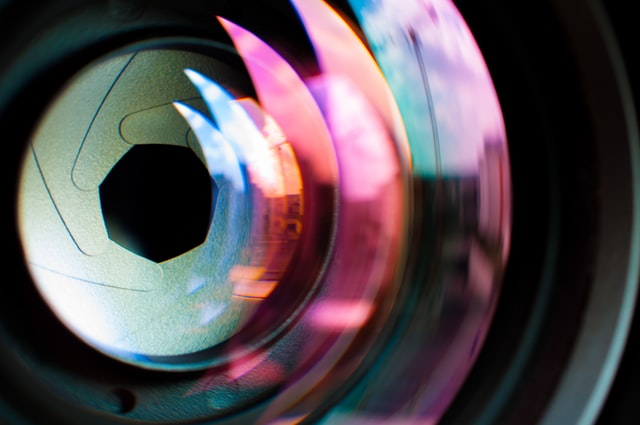 Telescopes optics can come in many variations, whether they be formed using two mirrors like reflector telescopes, refractor devices that have optics made of glass or a combination of the two as is the case with compound based telescopes.

In this article I will take a deeper dive into the differences between the 3 main refractor optics we know of so that you can make more informed decision on which refractor optic suits you best when you decide to pick one up in the future.

The main differences between achromatic and Apochromatic (APO) lenses have to with the difference in image quality that both doublet and triplet APO variants have over the achromatic lens from fixing all the major issues with chromatic aberration and with the triplet being the superior lens for astrophotography.

Of course I’ll cover both lenses in more depth throughout the rest of this article so continue reading.

What Is An Achromatic Refractor Lens?

An achromatic lens is a type of glass lens found within refractor based telescope. This is the oldest type of telescope lens that we still actively use today. It was initially discovered all the way back in 1733 by inventor Chester Moor Hall. 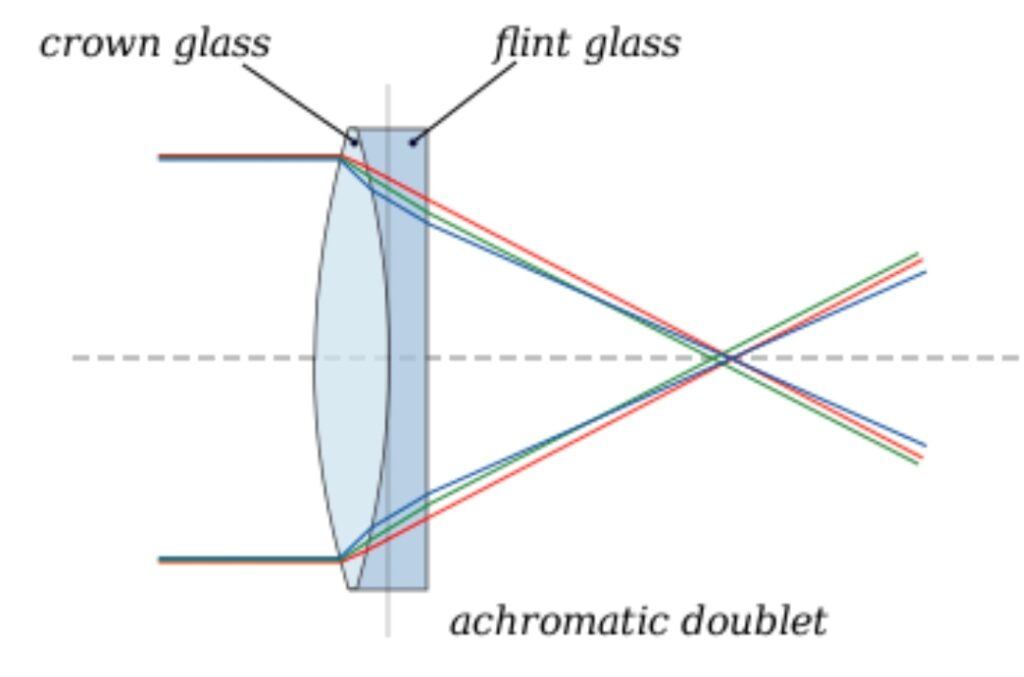 The most common form of an achromatic lens is generally the doublet variant which is made out of two pieces of glass, namely a concave flint glass and a convex crown glass.

One of the major design errors of an achromatic doublet has to do with it displaying wavelengths at different focal lengths resulting in chromatic aberration (this causes fringes of multi colours around bright objects in particular) and this lens type is only able to bring into focus the colours red and blue which limits their colour accuracy too.

Achromatic lenses also come many different forms, some of which include positive, negative, triplet, and aspherized based optics. They also come in doublet and triplet variants nevertheless, these variations will still only focus red and blue wavelengths.

What Is An Apochromatic Refractor Lens?

An Apochromatic (APO) lens is essentially a achromatic lens with all its major issues corrected. This is because an APO lens focuses the 3 main colour gametes, which are the colours red, green and blue (rgb) at a singular point as opposed to only red and blue.

This of course means that APO lenses are able to correct the major wavelength issues achromatic optics have when focusing, in turn diminishing chromatic aberration exponentially and even reducing spherical aberration too.

Furthermore, as APO lenses focus 3 spectrums of wavelength at the same point, the colour accuracy and sharpness of the visuals are significantly improved too.

Of course this should be the case anyways as APO lenses are the far more premium product. With that being said even though APO lenses are of a higher quality than achromatic lenses, they aren’t necessarily always worth the extra investment if you’re planning on purely using your telescope for visual viewing.

They’re actually more so for enthusiasts who want to get into astrophotography and ultimately get the best possible results in that field.

What Are The Differences Between A Doublet And Triplet Apochromatic Lens?

If you’ve been shopping around for a refractive system you may have come across doublet or triplet attached to the name of APO or achromatic devices.

Obviously this implies that the 2 variants are different and technically speaking they are although not necessarily when it comes to visual use. Doublets or triplets in the case of telescopes simply means that the optics are either made of 2 or 3 elements.

Because triplet devices use extra glass within they in turn do cost a lot more as creating 3 different lenses at the same quality as opposed to just two does obviously take more resources.

Nevertheless, both variants have their pros and cons, which I’ll briefly go over below :

As you can see doublets and triplets both have thier uses and both can be better than the other depending on what you’re after.

Of course the type of glass used for the optics will make a difference too but, in general I’d say that if you’re purely after visual use doublets are better to go for whilst astrophotography enthusiasts would be far better going for a faster triplet APO telescope.

What Are The Differences Between Achromatic And Apochromatic Lenses?

APO and achromatic lenses clearly have their fair share of differences even though both lenses are made of glass. These differences include the following :

In general though, if you’re purely after a visual experience, even though the APO lens is better you could do just as well with a achromatic telescope provided you use filters to minimise the colour fringing and you’re not really trying to take the most world class and colour accurate images out there.

Afterall, achromatic devices are still able to provide some stellar photos despite their less than ideal design when it comes to colour accuracy and sharpness.

Hopefully this article has helped you learn about the the differences between an achromatic and apochromatic lens so the next time you’re in the market for a refractor telescope, you’ll at least know the pros and cons of each and whether or not it’s worth paying that little bit more.

Of course when it comes to astrophotography there is one very clear winner the APO device but, that’s when price comes into play and in such a situation you’d need to ask yourself whether you’re truly committed to the hobby of astrophotography or just a casual photographer.