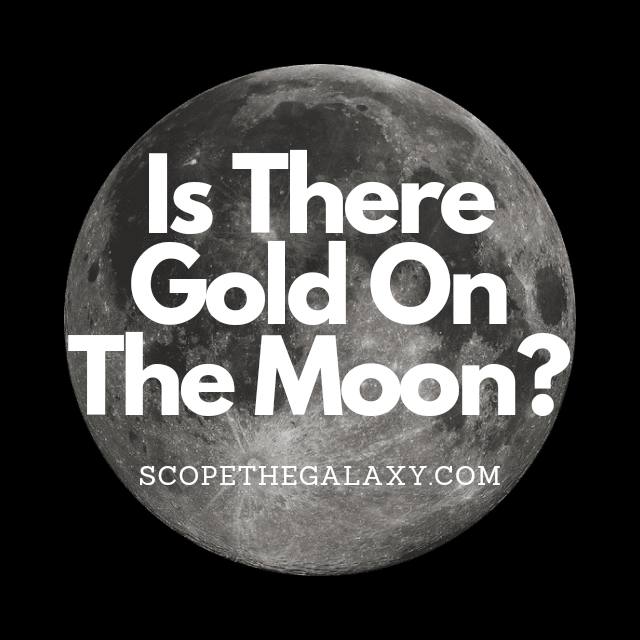 We know there is gold on the moon thanks to the rock samples brought back to Earth during the Apollo missions. Knowing how much gold exists is more challenging because it’s buried deep below the surface, and current technology limits our ability to mine this precious metal.

Continue reading to discover how much gold could be on the moon and the potential ways to retrieve it, plus the makeup of our closest celestial body and how these precious metals were first discovered.

How Much Gold Is On The Moon?

The moon has many elements in its various layers, including oxygen, calcium, iron, aluminum, silicon, titanium, and magnesium. Deeper beneath the surface, samples retrieved by NASA scientists have revealed several precious metals, including gold.

It’s challenging to know how much gold might be present on the moon when there has been no mining to date.

To date, we have recovered around 244,000 metric tons of gold on Earth, and experts believe there could be more hidden beneath the Earth’s crust. To visualize this amount of gold, picture a cube measuring 28m on each side – that is what you’d be looking at if we melted every piece of gold discovered on Earth.

However, the amount of gold beneath the moon’s surface is likely to be much less when you consider the difference in size between these two bodies.

Why Would Gold Form On The Moon? 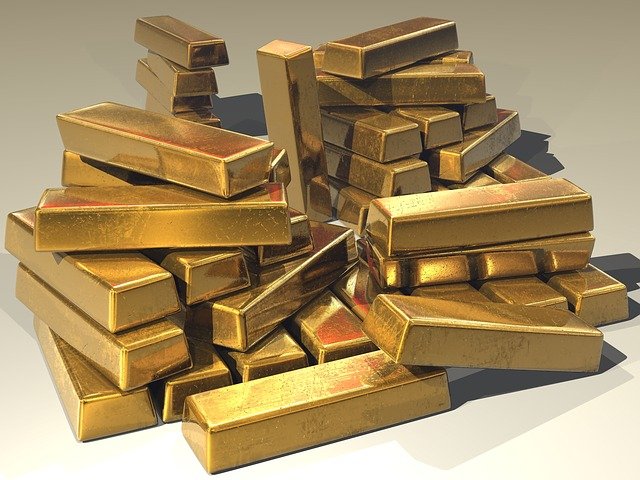 It’s possible that gold has been deposited on the moon by asteroids that have struck it in the past. Still, in this scenario, the gold would have been pushed deep beneath the surface of the moon from the impact.

Proximity to the asteroid belt makes an object far more likely to accumulate precious metals and other rare materials over long periods. Scientists believe Mars could also be rich in gold and other valuables thanks to its proximity to this belt.

Also, remember that the moon was once a part of our Earth and, as such, comprises much of the same makeup. This area of the solar system is rich in rare earth and heavy metals, so it stands to reason that a good portion of them would find their way onto the moon.

Are There Other Precious Metals On The Moon?

Yes, there are a number of other precious metals on the moon. Rock samples retrieved by the Apollo motions have shown traces of titanium, platinum, iron, and magnesium in their samples.

In July 1969, a brave team of astronauts landed on the moon and provided the chance to look closer at the surface than ever before. Through a total of six missions, astronauts brought several hundred pounds of lunar back to the Earth, where scientists could study them.

From these samples, scientists found that the moon’s composition is almost identical to that of Earth, but the surface samples showed a minimal trace of precious metals. However, seismometers (used to measure moonquakes) revealed more about the elements that lie beneath the surface.

How Much Is The Gold On The Moon Worth?

Mining the gold (and other precious metals) located on the moon could be difficult because most of the metals discovered so far are from samples deep below the moon’s surface. This means we’d need to dig a mine deep enough to be able to reach the deposits.

Theoretically, mining companies could launch a Cislunar transportation system to the moon. In simple terms, a Cislunar system uses tethers to transport payloads from orbiting bodies. This would enable us to mine the moon without the need for expensive rocket technology.

In this instance, we would use a giant space tether to capture these mined materials, then launch them back toward Earth using the moon’s gravity as momentum (a technique known as the Oberth effect, which scientists use to gain extra speed from a planet’s gravity).

If we utilize a technique such as this to mine the gold from the moon, there could be a decent amount of profit to be made. However, with the limitations of current technology, it is still far more cost-effective to mine precious metals from Earth than other astronomical bodies.

In present-day terms, any profit we could make from the mined materials would be offset by the astronomical cost of transportation and retrieval. We would need to overcome these hurdles before it becomes cost-effective to mine gold from the moon.

Gold is worth around $55,000 per kilogram, but the cost of running the International Space Station is about $4 billion per year. This means we would have to mine around 75 tonnes of gold annually just to break even.

Say we could extract one million metric tons of moon rock every day; we would still need 220 million years to remove 1% of the moon’s mass. In addition, the Outer Space Treaty states that no country can legally claim ownership of any part of the moon, and none of us want to look into the night sky and see the damage caused by mining.

In theory, there could be millions of dollars worth of precious metals lurking beneath the surface of the moon. In practice, retrieving these materials is still far beyond our current capabilities.

The moon holds a fair amount of gold and other precious metals beneath its lunar surface. Still, these elements would be exceptionally hard for us to retrieve, and in today’s climate, the cost of retrieval far outweighs the potential profit.

How Much Gold Is On The Moon? (You Curious?) – Yes Dirt

How much gold is on the moon? – Quora

Is There Gold On The Moon? (nightskypix.com)