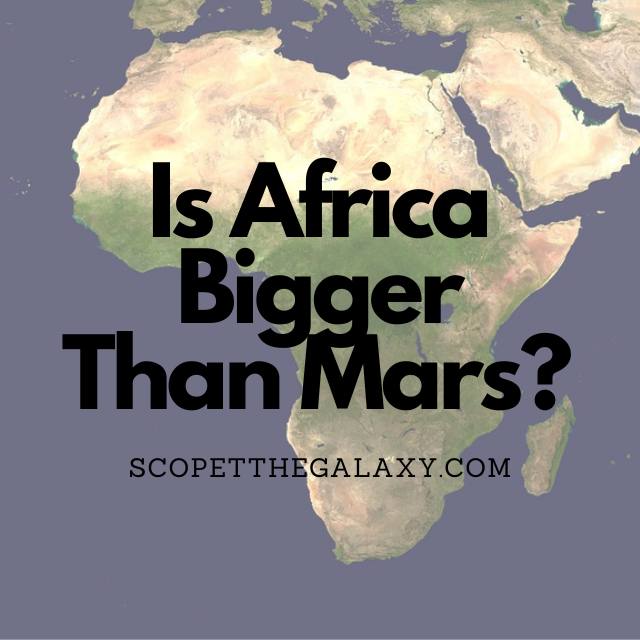 Africa is the second largest of all Earth’s continents, while Mars is the second smallest planet in the solar system. Still, there’s no comparison regarding which one is bigger as Africa is a flat land mass with a surface area of 30.3 million square kilometers and a volume of 1.12 cubic kilometeres while Mars is a spherical planet with a surface area of 144.8 million square kilometeres and a volume of 163 billion cubic kilometers.

Discover why, in some instances, we could say that Africa “is bigger” than Mars, plus the facts and statistics that give us an actual perspective of these masses.

How Big Is The Continent Africa? 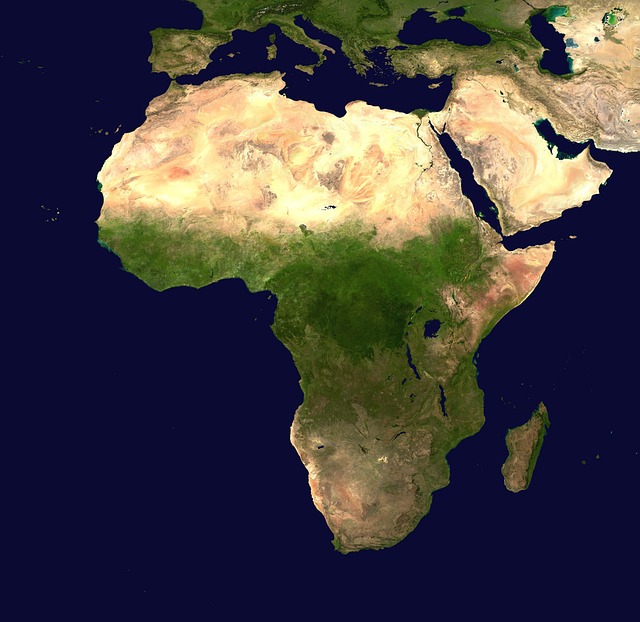 Africa is the second highest popululated continent on Earth. The continent has 54 countries, including Egypt, Nigeria, and Kenya, and it accounts for roughly 17% of the world’s population, with more than 1.4 billion people.

The thickness of Earth’s crust ranges from 5 to 70km and is generally thicker under continental land where it averages 40km. Taking this figure and multiplying it by Africa’s surface area, we can calculate the rough volume of the continent at 1.21 billion cubic kilometers. This might sound like a sizable volume, but it’s no match for the 163 billion cubic kilometers of Mars’ volume.

How Big Is The Planet Mars?

If we compare the diameter of Mars to the width of Africa, we see that the red planet falls short by over 500km. Still, while this helps us to visualize the width of Mars, it doesn’t represent the true size. While Africa is a flat bed of land, Mars is a spherical planet, and that makes all the difference.

This means that the surface area of Mars is almost five times as vast as that of the African continent, and the volume is up to 50 times as great.

10 Facts About the African Savanna – MyStart

How Big is Mars? | Size of Planet Mars | Space