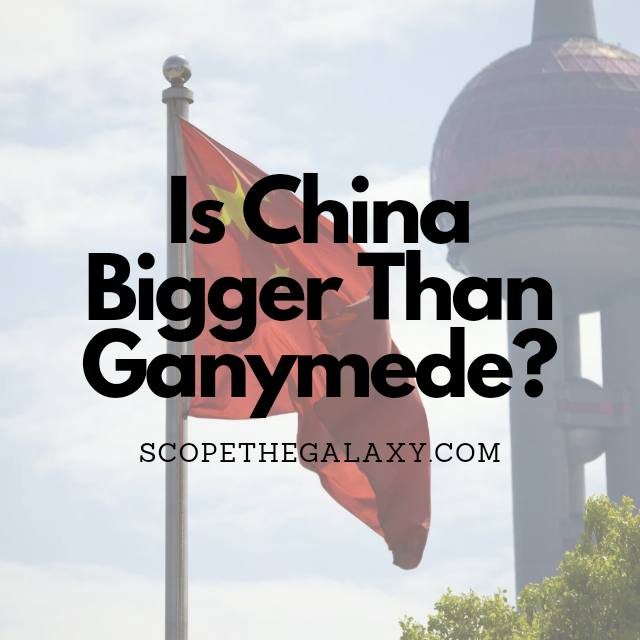 Continue reading to discover China’s diameter, surface area, and volume compared to the moon Ganymede. You’ll also learn some interesting facts about the two, along with their geographical composition.

China has a diameter comparable to that of Ganymede; its east-west diameter is slightly shorter, and its north-south is slightly longer. Still, once we compare the surface area and volume of the two bodies, we see that Ganymede is far more vast, thanks to its composition as a three-dimensional object.

Largest Countries in the World by Area – Worldometer (worldometers.info)