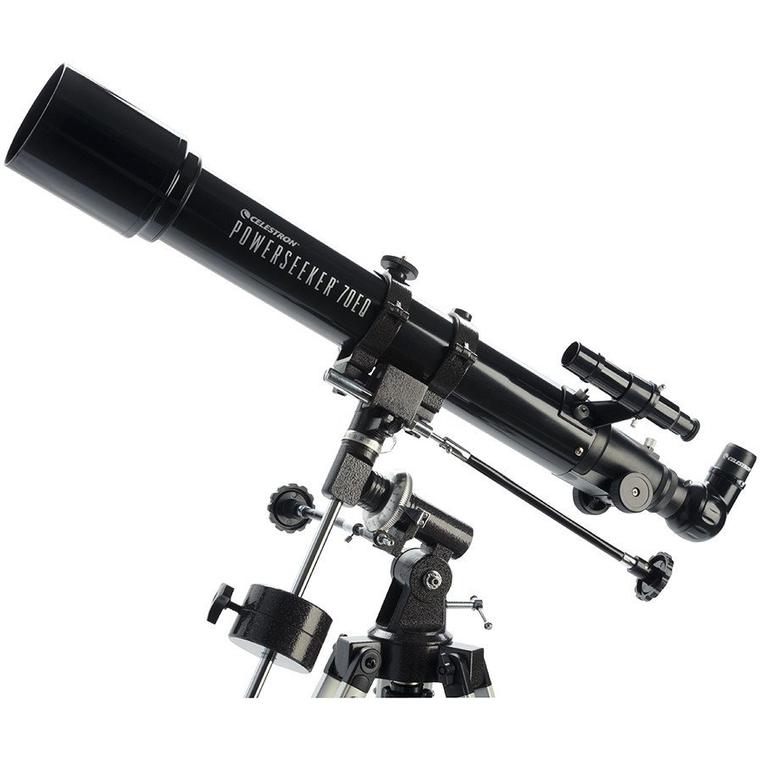 In this review I’ll cover the pros, cons and the 70EQ’s features to ultimately help you decide on whether the system is worth investing in or a beginner level device that you should skip out on. 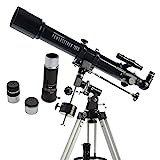 How Do The Celestron PowerSeeker 70EQ’s Optics Work?

The PowerSeeker line utilises mostly refractor based optics for their telescopes and the 70EQ certainly isn’t any different here.

Refractor optics tend to also come 2 main sub variations namely Apochromatic and achromatic, with the later being the lesser quality of the two and of course also the type of lens used within the 70EQ.

Refractor optics are also the oldest of the 3 main optical categories (the other 2 being reflector and compound optics) but, they are still solid particularly for smaller more compact telescopes.

With that being said, they do have their fair share of pros and cons which is what I’ll briefly list out for you below.

The Pros of the optics within the 70EQ include the following :

As for the cons, they are the following :

The 70EQ’s optics for the most part are great for what they are however, considering the price of the devices and of course the size of the lens, they’re far from the best.

What Do The Celestron PowerSeeker 70EQ’s Specifications Mean?

The 70EQ has an aperture of 70mm (2.76″), a focal length of 700mm resulting in a fairly narrow focal ratio of f/10. This means that the device shouldn’t suffer from chromatic aberration as much and that it should technically be better for planetary viewing.

The theoretical max magnification of the device should also be around 165x although real world usage will decrease that number by at least another 10-20%.

What this means is that if you’re able to get a good amount of power out of 70EQ you should technically be able to see the following celestial objects :

Of course as a whole the device is very limited when it comes to performance but, considering its spotting scope like capabilities as well, at the very least you should also be able to check out objects on earth too if that’s something you fancy doing.

Now regarding the weight and dimensions of the 70EQ, its weight comes in at 4.7kg when fully assembled whilst the dimensions are very portable too coming in at 95.2 x 32 x 23.4 centimetres. So, if you’re looking for a solid portable beginner level telescope, the 70EQ isn’t a bad shout.

The accessories that come included in the box are 2 1.25″ eyepieces one being a 20mm kellner and the other a 4mm Ramsden, a very subpar 5 x 24 finderscope, a 3x Barlow lens, an EQ-1 equitorial mount, an amici prism star diagonal pointer and a bunch of other miscellaneous documents.

The accessories provided are actually the weakest point about the 70EQ in my research. The eyepieces are too small for one where the magnification for the 20mm is a bit to high for the lower magnifications at 35x  whilst the 4mm is too powerful for the device and won’t even be usable as it magnifies well beyond the telescopes upper limit at 175x.

The Barlow lens is very cheaply made too, although this is to be expected considering the 70EQ’s pricing. The finderscope is also pretty useless and will make the alignment process a pain whilst the amici star diagonal is quite subpar too as not only will it result in some intense diffraction among certain celestial objects but, the light it captures is also very dim.

The EQ-1 mount is probably the best inbox accessory as it does appear to work reasonably smoothly but, it’s also not the greatest of mounts for astrophotography related activities and does have minor issue with the clutches which is designed in a way that will put friction on the bearings.

What Are Users Of The Celestron PowerSeeker 70EQ Saying

For the most part the reviews from users are fairly positive so that’s definitely a good thing about the device. 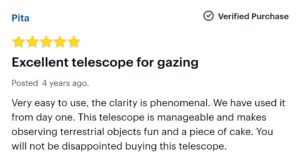 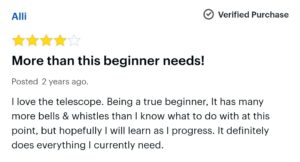 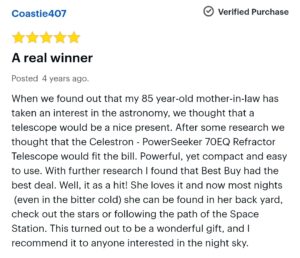 The 70EQ is a decent entry level refractor device that should prove to be competent at viewing a fair few things whilst also being very portable and manageable at the same time.

Of course it has its limitations and won’t necessarily be the greatest if you want to make astronomy a long term hobby. Nevertheless, if you’re in the market for an entry level refractor device, for around $150 the 70EQ is not too bad a device.